All Fiction Battles Wiki
Register
Don't have an account?
Sign In
Advertisement
in: Female Characters, Characters, Manga Characters,
and 31 more 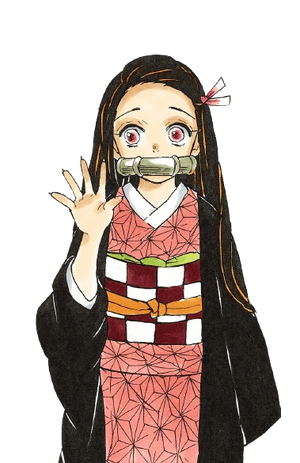 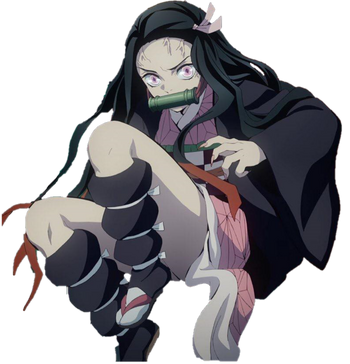 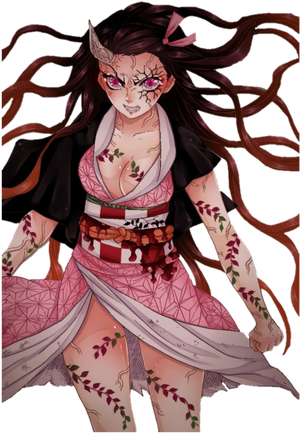 Nezuko Kamado is the younger sister of Tanjiro Kamado and one of the two remaining members of the Kamado family. Formerly a human, she was attacked and turned into a Demon by Muzan Kibutsuji.

Powers and Abilities: Superhuman Physical Characteristics, Immortality (Types 1, 2 and 3. Demons don't age, she'll continue to regenerate until her head is cut off by a Nichirin Blade), Regeneration (High-Mid. Even after being reduced to a decapitated head, a low-level demon would have still been capable of regenerating if his head were to be "completely crushed"), Enhanced Senses (Demons have enhanced senses), Acrobatics (She is very skilled at using her environment to her advantage to use buildings or trees to get an edge on her opponents), Self-Sustenance (Type 3), Body Control (A low-level demon could grow hands from it's head after it lost its body), Reactive Power Level (While in her fight against Susamaru her power was increasing the entire fight), Natural Weaponry (She can grow her nails to be able to cut a target), Size Manipulation (She can grow to the size of an adult or shrink into the form of a small child), Blood Manipulation (She can use her blood to hold her body together if it's been cut apart by solidifying her blood), Fire Manipulation (She can egnite her blood), Regeneration Negation (Up to High-Mid; her Blood Burst can nullify a demon’s regeneration), Statistics Amplification (Via her transformations her strength increases), Transformation (She can transform into a evolved demon), Purification (Type. 1, she can remove the poison of Gyutaro), Pain Tolerance (Type. 3, she could keep fighting even after Daki stabbed and cut off multiple of her limbs), Berserk Mode, Healing (She can heal damage done by Demon Blood Arts), Martial Arts (Type. 1, She's shown to be somewhat skilled in hand to hand), Resistance to Disease Manipulation (Demons can't catch illnesses).

Lifting Strength: Class 25 (Should be comparable to Tanjiro)

Blood Demon Arts: are spells or techniques that higher-level Demons can cast or are the supernatural abilities possessed by each of them.