All Fiction Battles Wiki
Register
Don't have an account?
Sign In
Advertisement
in: Characters, Female Characters, Flight Users,
and 17 more

Nil (Her Tears Were My Light) 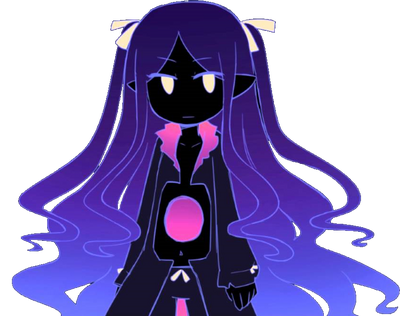 Nil is the "nothing" that existed before "something". She is responsible to erase Space from existence through all the universes just to stay with Time at end of existence.

Origin: Her Tears Were My Light

Powers and Abilities: Superhuman Physical Characteristics, Flight, Immortality (Types 1, 5 and 8), Abstract Existence (Type 1. Nil is the very embodiment of the void, made of nothingness itself. She exists simultaneously at the beginning and the end of all existence, when something returns to nothing, it returns to her, as she is the void/nothingness), Nonexistent Physiology (Type 2. Exists as the nothingness that precedes existence itself and its concepts, such as time and space, which only became to exist after she willed them to do so), Higher-Dimensional Existence, Conceptual Manipulation (Type 2), Non-Corporeal, Acausality (Type 4), Non-Physical Interaction, Spatial Manipulation, Time Manipulation, Power Nullification (Nullified Time's attempt to use her powers), Absorption, Void Manipulation (Absorbed and erased Space from reality, leaving only nothingness), Memory Manipulation, Nigh-Omnipresence

Attack Potency: Low Multiverse level (She is the multiversal embodiment of nothingness, as she retains all the memories of her alternate incarnations, and all Spaces across all universes Time created through her time travel becomes the same Nil in the end. Erased all the universes from existence, which were shown to be multiple), possibly Multiverse level (It was stated by Time that she and Nil had a million encounters like this before which is possibly referring to the number of universes created and experienced by Time in the past)

Speed: Infinite, likely Immeasurable (Unnafected by Time's ability to rewind or reset time. She is an existence beyond time itself, as she existed before (and created) the concept of time), possibly Nigh-Omnipresent (Capable of appearing anywhere within the “infinite darkness” that encompasses the universe after she absorbs Space)