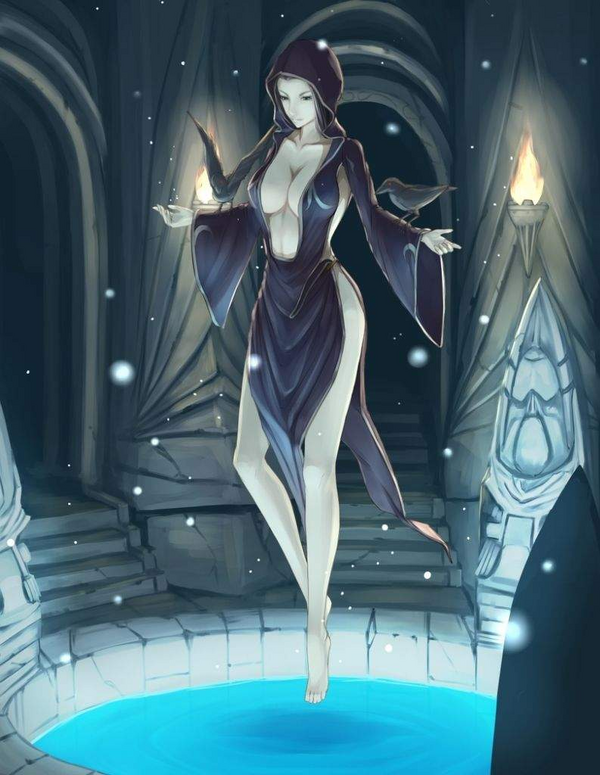 The most prestigious title Nocturnal goes by is the title of Ur-dra, which implies that she is the "eldest and most powerful of the Daedric Princes", and is a title which the Imperial Geographical Society claims nearly all the Royalty of Oblivion recognize. The title was also used by ancient Khajiit to describe Namiira, the Eldest Spirit. While this belief conflicts with Nocturnal's claim over the title, it does complement her claim that she is part of the original void, in that she came from the black blood of the Dark Heart of Lorkhaj, which is a piece of "primal Void". Nocturnal herself claims that "before Oblivion, there was Nocturnal". Hermaeus Mora is similarly called an Ur-Daedra who is "elder than Ada"

Nocturnal is associated with, and often depicted alongside, jet-black ravens and crows, which are said to possess the ability to speak. Nocturnal's summoning day is the 3rd of Hearth Fire, although she may be summoned at any time at a shrine dedicated to her. Nocturnal's enemies are Ebonarm, Meridia, Mehrunes Dagon, and Azura

Gender: Inapplicable, appears as a female

Attack Potency: High Hyperverse level (Nocturnal is The strongest Daedric Prince and maintains and comprises Oblivion, and is one of the Ruling Princes and holds a great piece of oblivion in which she holds absolute control of and is one of the Creators of Oblivion) | Ascendent level (In her Original State Before creating, she was an Et'Ada who were Boundless, Eternal and Infinite Spirits who existed wholly independently of duality, predating the concepts of Time and Space, and living in pure harmony, having practically no personalities or boundaries that separated themselves from anything else, inhabiting creation in its original Zero-State of pure Infinite possibility, where everything that can and cannot happen is always happening all at once, forever, regardless of contradictions)

Standard Equipment: The Gray Cowl of Nocturnal, The Skeleton Key, The Bow of Shadows, The Eye of Nocturnal