All Fiction Battles Wiki
Register
Don't have an account?
Sign In
Advertisement
in: Black Clover, Female Characters, Characters,
and 25 more 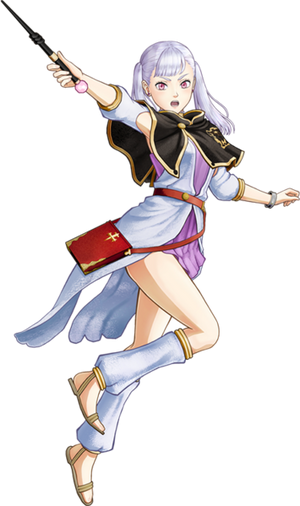 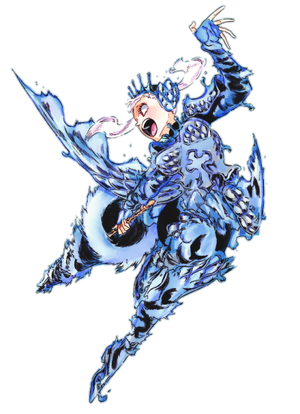 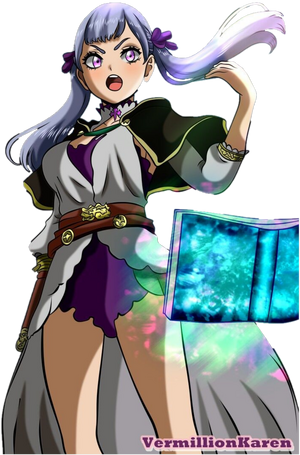 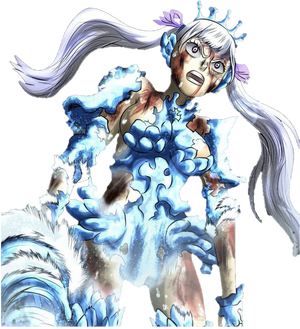 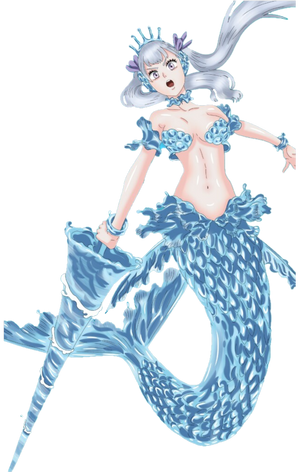 Noelle Silva is a member of the Black Bull Squad and is inducted to the squad around the same time as Asta. She is also the second daughter of the Clover Kingdom's ruling family, House Silva.

Powers and Abilities: Superhuman Physical Characteristics, Water Manipulation (Noelle's magic is water based and it gives her the ability to create many water base attacks), Acrobatics (She able to make many mid-air maneuvers while fighting in her Valkyrie Dress), Aura (Via Mana Skin, a protective aura covers the user's skin protecting them from damage), Magic, Forcefield Creation (Via Sea Dragon's Nest and Sea Dragon's Cradle, she can create barriers in the shape a spheres that will block or repel attacks), Statistics Amplification (Via Reinforcement Magic, Noelle uses this form of magic to enhance her physical abilities), Accelerated Development (It is stated that some mages are able to learn new spells in the midst of disaster or crisis, Noelle is one of them. Each spell Noelle has learned was in middle of a crisis), Extrasensory Perception (She's able to sense people's mana, such being able to tell that Asta's is different from normal mana), Homing Attack, Flight (Via Valkyrie Dress, able to use the mana around her to fly), Pain Tolerance (Type. 1, she was able to get stab by one of Vanica's attack and continued to push through), Rage Power, Resistance to Sleep Manipulation and Heat Manipulation (Via Mana Skin).

Stamina: High (Originally only able to use her offensive spells one but after training and going through many events, she has been able to use it multiple times on top of using Valkyrie Dress, able to take many hits from many characters and still fighting)

Intelligence: Gifted (Noelle lacking in basic understanding in mana and her subconscious desire to protect made it difficult for her to learn how to use her magic. But after her grimoire learns a new spell she's able to quick learn and master being able to fight opponents how were previously beating or her allies, quickly becoming much stronger than she ever was before even get acknowledge by her brother Nozel)

Weaknesses: Lacking control of her abnormally large mana supply, Using Water Dragon's Roar drains all of her mana at once | None notable

Valkyrie Dress: Noelle creates a suit of armor around her body. The suit is made of water and includes a breastplate, faulds, spaulders, vambraces, chausses, and a tiara. Wing-like ornaments cover their ears and two large wing-like ornaments hang off the lower back. In her right hand is a lance made of spiraling water. The armor allows Noelle to glide through the air with a stream of water, improving her speed and maneuverability. The lance is able to drill through other spells and to manifest offensive spells.

Reinforcement Magic: Noelle uses this form of magic to enhance her physical abilities.

Mana Skin: The user creates a coating of mana that protects them.