All Fiction Battles Wiki
Register
Don't have an account?
Sign In
Advertisement
in: Yuuna and the Haunted Hotspring, Characters, Female Characters,
and 30 more 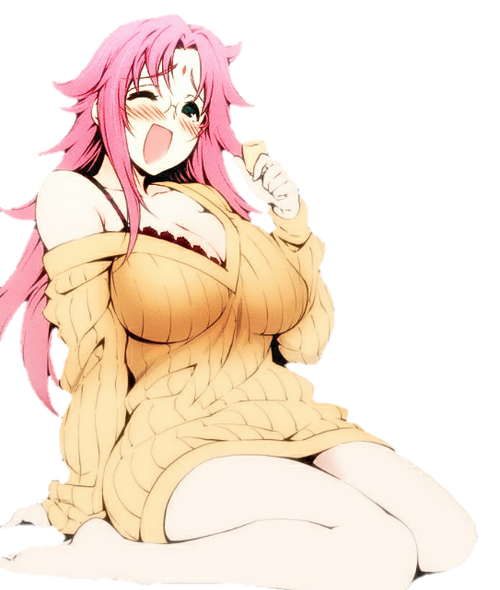 Nonko Arahabaki was born from the Yoinozaka House with mixed blood. Because of her growing strength she was reputed as the strongest one and was adopted into the main household. She was once a monster hunter but one day she was nearly assassinated under the orders of Yoinozaka Jousuke because of her reputation and growing power. She was rescued by Tenko Genryusai who wanted to have her move into the Yuragi Inn to save Kogarashi from a future where he would be killed. After she healed, she began to rethink her life and decided to do many things that she wanted. She eventually changed her name, became a mangaka, and started living in the Yuragi Inn. About two year before the story, she was passed out in the entry way when the then 14 year-old Sagiri Ameno moved in. She and Yuuna tried to befriend the shy Sagiri in which they succeed when they helped her.

Origin: Yuuna and the Haunted Hotspring

Powers and Abilities: Superhuman Physical Characteristics, Enhanced Senses (She can see spirits and ghosts), Spiritual Armor (Types 2 and 3), Transformation (She can grow her Oni horn and at higher liter modes will change skin as well her hair color), Statistics Amplification (She can enhance her strength when she drinks alcohol, Spiritual Armor helps focus the users spiritual energy to increase their overall power), Rage Power (Nonko’s strength will increase if she’s angered), Martial Arts (Type 3. She has displayed a decent skill in hand to hand against Mikogami and Ouga), Non-Physical Interaction (She can hit and harm ghosts), Energy Projection (Nonko is capable of shooting beams of spiritual energy), Homing Attack (Her Will-O-Wisp is capable of following a target), Flight (When she’s at her 10 Liter Mode she can fly), Absorption (Nonko can absorb alcohol around her), Forcefield Creation, Damage Reduction, Power Nullification and Invulnerability (Nonko can use her Spiritual Armor in her 1,000 Liter Mode, it's a barrier of armor that will take all the damage, it renders any technique ineffective, she can regenerate her Spiritual Armor), Body Control (Nonko can turn food and liquids to power), Sealing and Status Effect Inducement (She can use pieces of her Spiritual Armor to seal all the targets powers and restricting all their movements).

Attack Potency: Large Town level (She was able to overpower and grab Oboro's sword mid swing), higher with 1 Liter Mode (She's significantly stronger and could blast away Mikogami in one shot), even higher with 10 Liter Mode, Planet level with 100 Liter Mode (She should be superior to any previous mode, comparable to her brother, father and Nadare, superior to Spiritual Armor Yuuna), Large Planet level with 1,000 Liter Mode (She was able to casually do this when first entering the mode, she was able to make Ouga use 90% of her power and was the biggest factor in holding Ouga off even after Yuuna visited all future possibilities)

Stamina: High (She can fight for long periods of time and was even able to go into 1,000 Liter Mode which is almost impossible if the users doesn't have the stamina to keep it going)

Intelligence: Above Average (Nonko is extremely smart even with how she acts and has much knowledge on spiritual powers and abilities)

Weaknesses: She'll defend her right arm too much and in 1,000 Liter Mode if it's break or she's depowered out of it she'll rendered unconscious

Oni Beam: Nonko fires a spiritual beam out of either her horn or her finger. 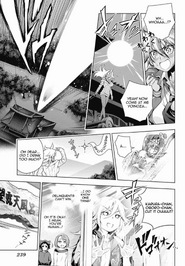 Will-O-Wisp: Small blasts that'll follow a target until they hit. 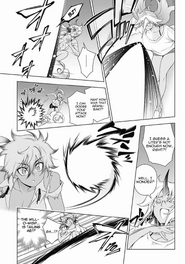 Oni Physiology: Nonko can eat or drink to store or use as power giving her a boost in power allowing her to enter her Liter Modes. 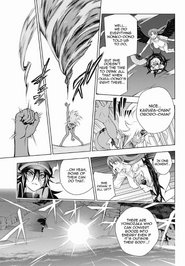 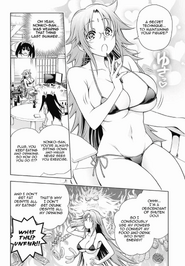 Spiritual Armor: It's a technique where the user covers their body in armor that'll passively cancel any technique, reduces any damage that hits the user and will make the wearer invulnerable to any attack until they run out of power to keep it up. Some users are able to regenerate it even after it has been destroyed or damaged. 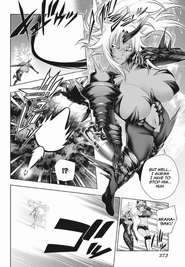 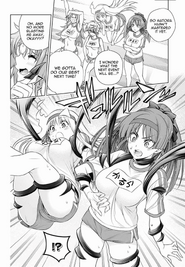