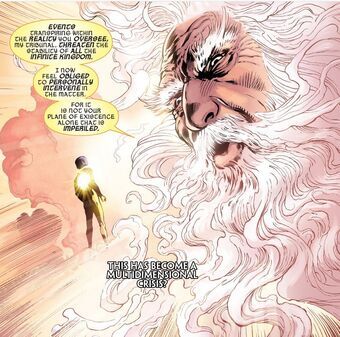 There is also "Nigh Omniscience", for which a character or entity knows almost everything about their fictional continuity, with the exception of a small amount of information (usually what an even more powerful character wishes to conceal from them).