All Fiction Battles Wiki
Register
Don't have an account?
Sign In
Advertisement
in: Characters, Female Characters, Monsters,
and 71 more 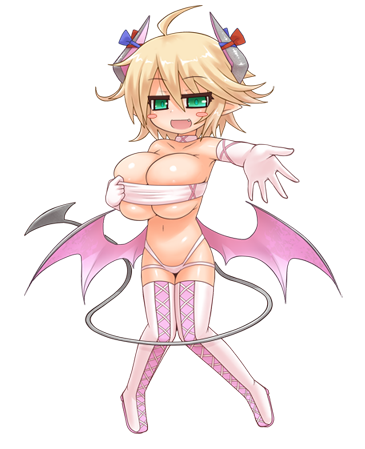 Rami, also known as Imp, is a monster living in the Monster Lord's Castle. However, unlike most monsters living there, she is extremely weak and is only a regular resident. As such, she gets easily beaten by Luka after failed attempts at seducing him out of attacking her.

She later appears in Part 3 alongside, Rumi and Remi, attempting to get revenge on Luka. However, she is defeated just as easily due to her friends being as weak and pathetic as her.

Range: Extended melee range, hundreds of kilometers with magic (Comparable to other types of magic capable of creating earthquakes)

Intelligence: Average | Average | At least Average (Additionally, trained in nearly all of form of combat while reaching the highest form of mastery)

Standard Tactics: She will most likely use seduction techniques and magic in her fights.

Weaknesses: Seems to not have enough mana to cast some stronger spells