All Fiction Battles Wiki
Register
Don't have an account?
Sign In
Advertisement
in: Characters, Female Characters, Isekai Maou to Shoukan Shoujo no Dorei Majutsu,
and 14 more 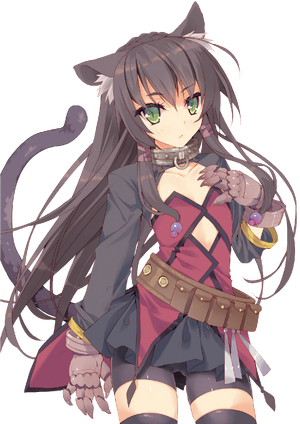 Rem Galleu is one of the female protagonists of the Isekai Maou to Shoukan Shoujo no Dorei Majutsu . She is a Pantherian who is one of the two Summoners who summoned Diablo. She had the soul of Krebskulm sealed in her body. She married Diablo in volume 9. Shortly after, Sorami caused a temporary divorce between them, but after certain events everything was settled.

Attack Potency: At least Town Level (Should be comparable to Shera)

Speed: At least Supersonic (Shoul be comparable to Rose who can move at supersonic speeds )