All Fiction Battles Wiki
Register
Don't have an account?
Sign In
Advertisement
in: Characters, Protagonists, Female Characters,
and 28 more

Not Sure, But It Looks Like I Got Reincarnated in Another World

Ren, a ten year old orphan girl, was en route to being delivered to a corrupt merchant. However, bandits attacked the carriage she was on and caused it to plummet down the sides of a cliff. But the impact from the accident awoken her memories from a past life.

She was from a world called Earth, and was once a male researcher in his mid-thirties who had died in an explosion resulting from an experiment gone awry. According to her memories for the past ten years, she had reincarnated in another world after dying and grew up in an orphanage.

In order to escape a future where she would be enslaved by the merchant, Ren will draw upon the knowledge from her past life and magic aptitude for all elements, to create new forms of magic and survive in a harsh, new world alone.

Tier: 9-C, 9-B with her Powers and Weapons, 9-B with Magic Armor, higher with Sword Magic

Resistance to Pain Manipulation (She has Pain resistance[80]), Water Manipulation (Her cloak has water resistance[81]), Disease Manipulation (Muscle Enhancement skill makes the user be less likely to get sick, and Muscle Control skill have it effects far enhanced[82]), Empathic Manipulation, Social Influencing and Mind Manipulation (Enticement is skill that attracts the surrounding people, regardless of the skill holder’s will. Age and gender doesn’t matter, those with this skill will be able to seduce others and is immune to being seduced, therefore, mental resistance LV10 is granted[83], she also can significantly reduce negative emotions and mental stress, completely shut everything out[84]), Information Analysis (Disguise is Skill that allows Ren to change the status value of items into another value[85]and Concealment is a Skill that allows Ren to hide evidence, erase various traces and hide any specific thing if her status is being accessed[86], she hid most of her skill fields, covered up some skills to make them seem to have low levels, and disguised her status by changing the value of her MP, MGC, INT, and CHA into low numbers[87]), Poison Manipulation (She gained poison resistance due being exposed to poison[88]), Extrasensory Perception (Sign Block gives to the user the ability to not be sensed by these ones who can sense living creatures in the surroundings[89])

Attack Potency: Street level physically (Ren kicks can one shot Goblins[90]), higher with [Power Increase: Mana] (She can increase her strength, agility and vitality[91]) Wall level with Powers and Weapons (She can injure the arm[92], explode and blast away the back[93], explode the hand[94]and explode the head[95] of a Frost Giant, that can step down surrounding trees,[96] left huge cracks in the walls[97] and even destroy it[98]), Wall level with Magic Armor (With her Magic Armor, she is comparable to Norn[99], who can destroy the Frost Giant attacks along with Bell[100]), higher with Sword Magic (With Sword Magic, she can overpower Norn and Arisa[101])

Speed: Likely Superhuman physically, (She can keep up with and dodge attacks from a wild boar[102]), higher with [Power Increase: Mana] (She can increase her strength, agility and vitality[103]), Subsonic+ to Supersonic with weapons and kinetic energy(She can create guns that can go up to 800 MPH[104], she can aim and throw objects in speeds that can varies from 400 MPH to 800 MPH[105] and even 1000 MPH[106])

Durability: Street level (Ren kicks can one shot Goblins[107]), higher with [Power Increase: Mana] (She can increase her strength, agility and vitality[108]), Wall level with Magic Armor (With her Magic Armor, she is comparable to Norn[109], who can destroy the Frost Giant attacks along with Bell[110]

Stamina: Very High (Despite having her body convered in injuries and screaming in pain, with her consciousness beginning to fade, she can walk for two hours[111], she has Fatigue resistance, Pain resistance and Hunger resistance[112], With the Muscle Enhancement and Muscle Control skill, she can prevent the loss of strength when being incapacitated due to injury or illness[113])

Intelligence: Very High (She has the Appraisal skill, which can be used to examine the details of various things[122], such as being able to distinguish between the wild plants, such as what were edible, what could be used for wounds, and what could be used as ingredients for potions[123] and being able to check other people status, abilities, resistances etc[124], additionaly, she can see through Concealment and Disguise with her Analysis skill[125], she can know the weak spots of someone[126]) 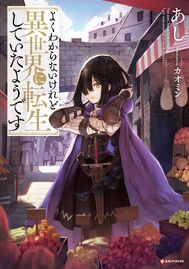 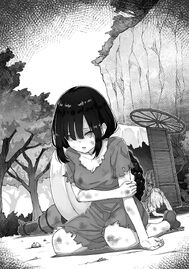 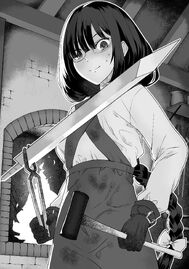 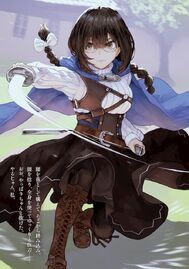 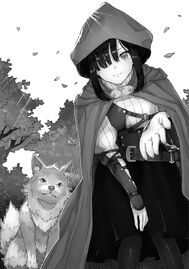 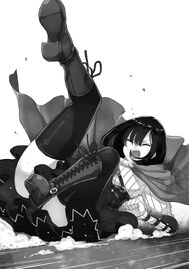