All Fiction Battles Wiki
Register
Don't have an account?
Sign In
Advertisement
in: Characters, Manga Characters, Female Characters,
and 23 more 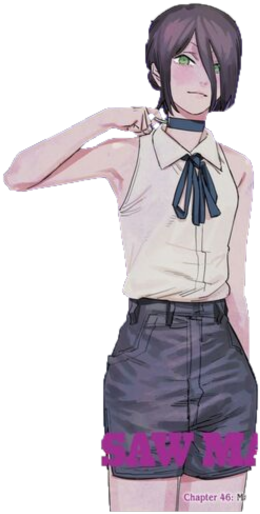 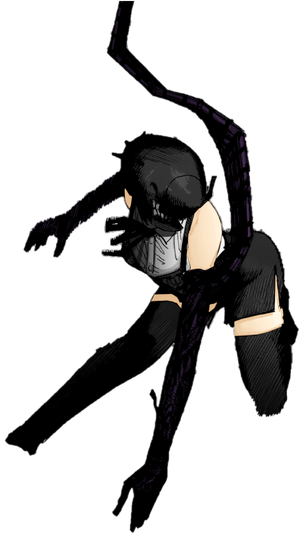 Reze, also known as Lady Reze, is a Bomb Devil hybrid from the Soviet Union and ally to the Gun Devil. She is the primary antagonist of the titular Bomb Girl arc.

Powers and Abilities: Superhuman Physical Characteristics, Regeneration (High-Mid, can blow her own head off, use it as a grenade, and then grow a body from the head), Immortality (Types 2, 3, 4 and 8, Devils do not truly die, they will resurrect in Hell or on Earth depending on where they are killed and as long as the concept they embody is feared), Abstract Existence (Type 2. Devils are born with a name and are kept alive/empowered by the fear of the object they embody), Transformation (Can transform into a Bomb Devil by pulling the pin on her neck), Martial Arts (Type 2. Could beat a assassin without transforming), Explosion Manipulation (Can make anything she touches explode, can throw sparks or body parts to make people explode), Limited Flight (With explosion can propel herself through the air), Natural Weaponry, Enhanced Senses (Most devils have an enhanced sense of smell), Blood Absorption (Can consume blood to heal and regain her strength), Empowerment (Devils are empowered by fear. Each Devil is born with a name; the more feared that name or the concept of the Devil, the more powerful the Devil becomes), Weapon Creation (Can change her legs into Torpedos), Weapon Mastery (Types 0 and 1. She is skilled with her grenades and weapons she creates).

Attack Potency: Wall level (Should could slit Denji throat and almost kill him) | Building level (Could easily kill Denji without transforming, was able to destroy all of his body except his torso and head), possibly Building level+ (Should be comparable to Denji and Power), likely higher (She is far superior to many Devils who can perform similar or greater feats)

Speed: Subsonic (Was able to cut Denji's throat before he could even realize and was blitzing him most of their fight), possibly Hypersonic (She should be comparable to Quanxi)

Lifting Strength: Class 5 (Should be comparable to Denji)