All Fiction Battles Wiki
Register
Don't have an account?
Sign In
Advertisement
in: Characters, Female Characters, Priests,
and 35 more 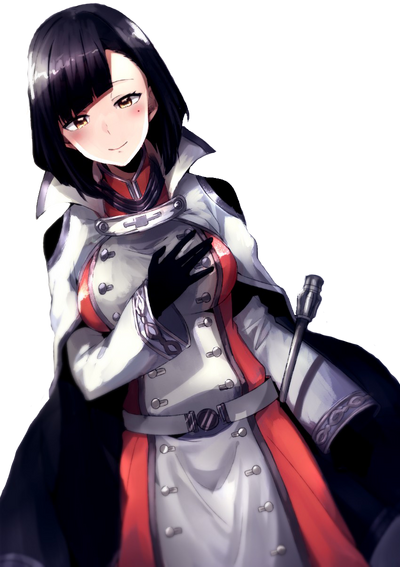 Seresdina, or Serena for short, is one of the eight general demons and antagonists of [[Kono Subarashii Sekai ni Shukufuku Wo!]|Konosuba]]. She first appeared as an innocent and stoic priestess, only to reveal her true sadistic, disgusting and scheming self later in the series. Part and only of the Cult of Regina, she is a dark priestess who worships the Goddess of Puppetry and Vengeance, granting her unique abilities in the process. She seems to be friends with both Wiz and Vanir, though the latter displaces her many times.

Powers and Abilities: Superhuman Physical Characteristics, Magic, Non-Physical Interaction (Able to interact with souls and slimes such as Hans), Healing (She is able to heal wounds with Heal), Soul Manipulation (With Turn Undead and Exorcism), Existence Erasure (Priests' abilities are capable of erasing certain enemies), Resurrection, Power Mimicry, Probability Manipulation (She is able to increase the probability until the result is to her liking, she is also able to increase her own luck), Statistics Amplification, Partial Soul (Killing or eating something in Konosuba allows you to absorb a portion of their soul as XP), Absorption, Extrasensory Perception (She can sense souls), Forcefield Creation (The demonic generals maintain the barrier surrounding the demonic castle, which is powerful enough to keep the entire country's army and the crimson wizards at bay), Mind Manipulation (She brainwashed the entire city, although this can hardly be applicable in combat since conditions must first be met.), Body Puppetry (Able to manipulate corpses with Puppetry technique), Damage Transferal (Any physical or magical effect, whether direct or indirect, will also affect the attacker, causing the attacker to be affected as much as her), Death Manipulation (She is able to instantly kill others with the Death spell), Curse Manipulation (She is an expert in curses, killing her will automatically curse not only the killer but anyone within a radius of kilometers of her, giving effects ranging from loss of organs, petrification to instant death), Reality Warping, Paralysis Inducement, Sleep Manipulation, Biological Manipulation, Petrification, Durability Negation (Her damage redirection does not interact with durability, being able to bypass durability with many skills), Fear Inducement

Attack Potency: At least Athlete level (Although her class is not oriented to direct combat, she should be above Kazuma)

Stamina: Very High (Supported by her Goddess Regina and can run across town in minutes)

Intelligence: High (Though she has some idiotic moments)

Weaknesses: To mindhax someone, one needs to have a positive feeling towards her and both the victim and Serena owe a debt to the other. Equalizing the debt will result in the mindhax being lifted, the same when one lost faith in Regina. Too much control over the target will simply backfire, with the target, while still in the rules set by Serena and not betraying her, is able to think and bend the rules and logic brought by her. The fact that Regina has more followers, makes Seresdina's powers diminish