All Fiction Battles Wiki
Register
Don't have an account?
Sign In
Advertisement
in: Characters, Manga Characters, Bleach,
and 78 more 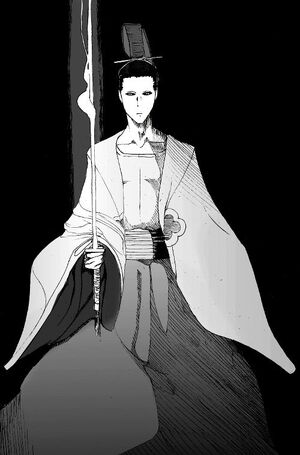 The Soul King is not involved in governing Soul Society, with the king having given the full control of its government to the Central 46 and thus, being uninvolved with the day-to-day affairs of Soul Society.

Superhuman Physical Characteristics, Spiritual Awareness (Can see invisible spirits and objects), Self-Sustenance (Types 1, 2, and 3), Extrasensory Perception (Can sense beings with Reiatsu), Cosmic Awareness (Is aware of everything that has happened even stuff in different dimensions), Ōken Bestowment, Immortality (Types 1, 2 and 7), Invisibility, Non-Physical Interaction (Can harm and interact with intangible spirits and objects), Overwhelming Aura, (Spiritual pressure can passively induce ailments ranging from paralysis to disintegration) Resistance to Soul Manipulation and Causality Manipulation (Orihime couldn't bring back the Soul King even through her power to reject past events and causality)

All previous abilities, Flight, Can take his Reiryoku and exert it as Reiatsu, Reishi Manipulation, Weapon Creation, Limited Blood Manipulation (Can flood his blood vessels with energy to reinforce them), Statistics Amplification (Can enhance his speed with Bringer Light and Hirenkyaku and increase his defensive or offensive with Blut), Immortality (Types 3, 4, 5 and 8), Soul Manipulation (Can destroy souls), Acausality (Type 2), Transmutation (Destroyed a giant hollow and turned it into sands of reishi), Matter Manipulation (Can manipulate the soul in all physical matter, including from inanimate object), Physics Manipulation (By controlling Reishi which dwells in matter, Reiō is able to distort and manipulate the matter itself, and at times, even the laws of physics), Intangibility (By controlling the cells of his own body or the atmosphere itself, Reiō can alter his own body and turn into smoke), Invisibility (Can make himself invisible even to Shinigami), Death Manipulation, Life Manipulation and Conceptual Manipulation (Type 4. Created the concepts of life and death), Law Manipulation (Altered the system of the old world and created the foundation of Soul Society, Material World and Hueco Mundo), Power Bestowal, Space-Time Manipulation (Created the Dangai. A dimension separated from Space and Time), Telekinesis, Telepathy, Dimensional Travel, Portal Creation, Teleportation, Absorption (All Types), Precognition (Reiō can see all possible futures), Information Analysis (Reiō can understand all powers he sees in the future), Fate Manipulation (Reiō can choose between and change the futures that lie before him), Resurrection (Can rewrite the future in which he died), Reactive Evolution and/or Power Nullification (All powers that Reiō sees in the future will be incapable of harming him or defeating him), Regeneration Negation (Reiō can rewrite the future so that everything he destroys will remain broken in the future), Summoning (Can summon a large number of eyeball-creatures from the torrent of his power), Reactive Power Level, Limited Reality Warping, and Regeneration (Low-Godly with The Miracle), Biological Manipulation (With the Compulsory, his nerves can invade the bodies of others to control their movements), Earth Manipulation (Reiō can control inorganic objects such as the ground and buildings), Body Control, Power Mimicry (Can evolve by absorbing information through its nerves and mimicking his target powers and abilities), Duplication (Reiō can clone itself from severed fingers, can also create copies of himself with The Visionary), Likely Subjective Reality (Can turn his fantasy into reality), Elemental Manipulation, BFR (Can open a portal and send targets to Space), Stealth Mastery and Creation with The Visionary (It heavily implies that Gremmy Thoumeaux is the brain of the soul king), Blessed, Darkness Manipulation, Non-Corporeal, Resistance to Precognition (Via Mimihagi. Reiō should've its power who can evade Yhwach's The Almighty), Resistance to Power Nullification (Via The Miracle. Hitsugaya's ice which nullifies the functions and abilities of whatever it freezes was ineffective against The Miracle), Resistance to Paralysis Inducement (Ransotengai allows Quincy to freely manipulate their bodies using spirit energy if their bodies would be inflicted with great physical harm or paralysis) and Limited Resistance to Conceptual Manipulation (Type 3. Ichibē couldn't take the Almighty from Yhwach even after he has stripped Yhwach of his name and power and change his name and power into black ant)

All previous abilities, plus Probability Manipulation and Durability Negation (With The Balance, he can manipulate the fortune and misfortune that occurs within his sphere of influence, all good fortune experienced by the opponent in causing injury to him will be directed back to them as misfortune of the same magnitude), Causality Manipulation (With the Anti-Thesis, can completely reverse something that already happened back to the opponent), Body Puppetry, Power Mimicry and Biological Manipulation (The Compulsory can invade people's bodies and control their nerves, as well as copying their abilities), Healing, Poison Manipulation, Death Manipulation and Reactive Evolution (With the Death Dealing, can grant himself complete control over all "Lethal Doses" within his range. He alters the dosage of any substance he ingests or tanks, manipulating the 'poison' and either granting himself complete immunity within a single minute or lowering an opponent's resistance to kill or incapacitate them), Transmutation and Explosion Manipulation (With The Explode, can turn anything it touches into a bomb), Fear Manipulation (With The Fear, can search through the memories of the subject to find any trace of fear they may have ever had in their life to act upon it, so even if they currently have no fear, if their past does they will be affected. From there, everything the target does from then on will be hindered by their own thoughts and fear of actions), Body Control and Consumption (With The Glutton, extend his jaw to be able to bite and consume targets), Fire Manipulation and Heat Manipulation (The Heat, can create and manipulate fire), Statistics Amplification (With The Iron, can increase durability stats), Sealing (Can create a prison where the target cant escape from), Empathic Manipulation (Can make people fall in love and obey his commands with The Love), Regeneration (Low-Godly), Immortality (Types 3 and 8), Reactive Power Level (Can regenerate and turn any and all damage into power with The Miracle. With The Overkill, becomes stronger the more he kills), Electricity Manipulation (With The Thunderbolt, can generate, manipulate and project lightning), Reality Warping, Death Manipulation, Transmutation, Earth Manipulation, Duplication, Creation, BFR and Portal Creation (With The Visionary, anything he imagines can become reality. Can turn people's bones into cookies. Can summon earth constructs. Can harden his body. Can create shields. Can manipulate earth blocks. Can duplicate himself), Spatial Manipulation (Can bend away space to avoid attacks), Durability Negation (Can puncture holes in anything between without durability taken into account), Shapeshifting and Power Mimicry(With The Yourself)

Attack Potency: Universe level+ (Passively keeps the entirety of the Bleach Cosmos from collapsing and being destroyed by his mere existence) | Universe level+ (Created the Bleach Cosmos as it is currently in the story, before The Soul King, all of creation was nothing more than in a state of ambiguity, as there was neither "Life or Death, Progression and Regression". After establishing the system of everything, the realities of Hueco Mundo, Soul Society and Human World came into being, Created the Dangai, and Muken which are realms that are infinite in size.)

Speed: Immobile (Cannot move due to being sealed and has his arms and legs cut off) | Massively FTL+ (Due to being the supreme god of the Bleach, it's likely superior to everyone in the verse. Including the likes of Mimihagi, who traveled from the Soul Society to the Soul King Palace in mere moments)

Lifting Strength: Unknown (Cannot lift due to being sealed and has his arms cut off) | Unknown

Range: Interdimensional (Created the worlds and the Dangai which physically separates the dimensions from one another)

Feats: Keeping the realms that exist in different dimensions from being destroyed and merged into one. In his prime, he can seperate the total sum of existence and split them off into different Spatio-Temporal Realms, Created the Dangai, Soul Society, Hueco Mundo, and World of the Living

Blut: An advanced Quincy technique which grants one inhuman defensive and offensive capabilities, however it can't boost both offensive and defensive simultaneously.

Ōken Bestowment: Reiō is capable of granting those whom he chooses as members of the Royal Guard with the Ōken, a special tool that allows one to enter the realm of the Soul King Palace whenever they wish. The king achieves this by literally turning the bones of those he selects as Royal Guard members into this Ōken.

The Almighty: Like his son, Yhwach, Reiō has the ability to use The Almighty.

The power of the Almighty is to see all that lies in the future, observing all possible futures like grains of sand in the wind, the knowledge that Reiō uses to predict his opponent's actions and act accordingly. Yhwach theorizes that the Soul King has seen all the events of the Quincy Blood War, up to and including him invading the Soul King Palace. However, this is only a portion of its true power, which is the ability to outright choose between the futures that lie before him, rewriting fate as he pleases to best suit his goals. Reiō can use this power to set up traps in his opponent's future paths, easily circumvent any defensive measures his opponent takes, and shatter their weapons and forms. He can even rewrite a future in which he has died, and it is said that any power that The Almighty sees in the future will become his ally and grow incapable of harming him at all. In addition to this by using the Almighty, Reiō can can split the world and created the foundation of Soul Society, Material World and Hueco Mundo.

The Right Hand of the Soul King: Mimihagi

The Heart of the Soul King: Gerard Valkyrie