All Fiction Battles Wiki
Register
Don't have an account?
Sign In
Advertisement
in: Demon Slayer, Characters, Manga Characters,
and 17 more 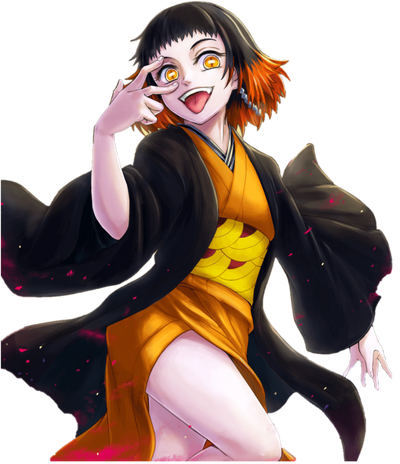 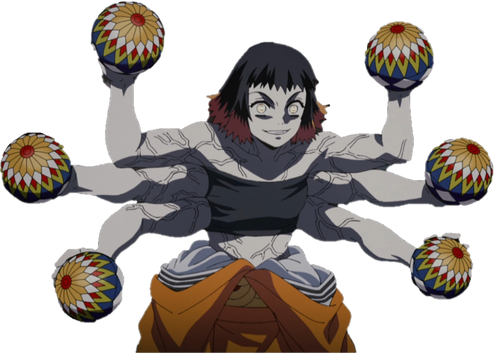 Susamaru was a Demon that aspired to join Muzan Kibutsuji's Twelve Kizuki. She was tasked with hunting down Tanjiro with Yahaba.

Powers and Abilities: Superhuman Physical Characteristics, Immortality (Types 1, 2 and 3, Demons don't age, she'll continue to regenerate until her head is cut off by a Nichirin Blade), Regeneration (High-Mid. Even after being reduced to a decapitated head, a low-level demon would have still been capable of regenerating if his head were to be "completely crushed"), Body Control (She can grow more arms), Martial Arts (Type 1. She's displayed a little bit of skill in hand to hand), Statistics Amplification (With her demon blood she can increase her strength), Enhanced Senses (All demons have enhanced senses), Self-Sustenance (Type 3. Demons don't need rest), Weapon Mastery (Type 0. She's skilled with her tamari), Resistance to Disease Manipulation (Demons don't catch illnesses).

Attack Potency: Wall level (She could harm Nezuko and Tanjiro), likely Small Building level (She was able to match Nezuko, also ripped one of her legs off and was comparable to Tanjiro)

Lifting Strength: Class 25 (Should be comparable to Tanjiro)