All Fiction Battles Wiki
Register
Don't have an account?
Sign In
Advertisement
in: Characters, Main Protagonists, Good Characters,
and 8 more 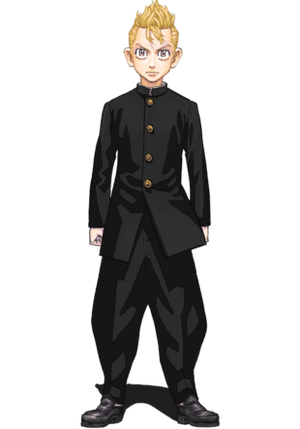 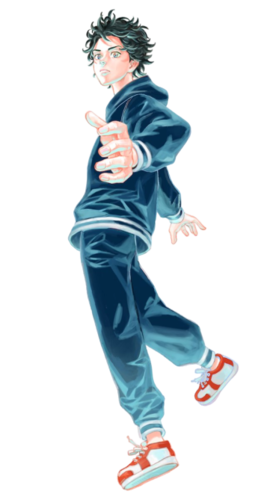 Takemichi Hanagaki or Takemitchy is the story's protagonist and a young man who can travel back in time: a Time Leaper. In order to save his girlfriend Hinata Tachibana and over time, everyone he comes to care about, he decides to become a top member of the Tokyo Manji Gang in order to do so.

Powers and Abilities: Superhuman Physical Characteristics, Time Travel & Causality Manipulation (possesses a supernatural skill that allows him to time travel. However, he is only able to travel back exactly 12 years. Also, whenever he is in the past, the present timeline does not stop, but keeps going for however long Takemichi is in the past; Whatever Takemichi does has an impact on the present, which allows him to change the events of time.), Social Influencing and Empathic Manipulation (Due to his outstanding leadership he has been instrumental in strengthening Toman as a whole. - His presence is able to strengthen the entire gang as a whole, amplifying everyone's strength), Limited Acausality (Type 1; His memories are unaffected by his changes to the past)

Attack Potency: At least Street Level, possibly Wall Level (Was able to put Taiju in his knees with a single punch - Taiju should scale above Baji who perform this feat)

Durability: At least Wall Level (noted to be one of the, if not the most, resilient fighter thus far. He has been shown to take blows that would have knocked cold anyone else and still stand up and even retaliate. Tanked most hits from Taiju and even Izana)

Stamina: Above Peak Human (Prevented Mikey from falling despite being shot at his torso tree times beforehand)