All Fiction Battles Wiki
Register
Don't have an account?
Sign In
Advertisement
in: Helltaker (Verse), Characters, Male Characters,
and 18 more 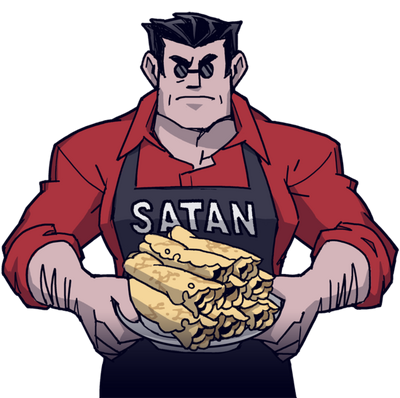 The Helltaker is the titular protagonist of Helltaker.

Name: The Helltaker, The Player

Powers and Abilities: Superhuman Physical Characteristics, Immortality (Type 5. He can survive in the Abyss where the concept of death no longer exists), Extrasensory Perception (He could sense Beelzebub, while sight was no longer a concept), Social Influencing (He is capable of convincing many demon girls to join his harem), Plot Manipulation (He can skip the puzzles to get directly to the demon girls, which is stated by Modeus and Lucifer to be something he can do), Pain Tolerance (Type 3. He felt like he had died thousands of times, then fought Judgement immediately after), Dimensional Travel (He could travel to hell), Portal Creation and BFR (He could create a portal to the Abyss, which is a one way portal), Resistance to Madness Manipulation (He can survive in the Abyss without going mad), Perception Manipulation (He could still see Beelzebub in the Abyss even though the concept of sight no longer existed), Disease Manipulation (He could survive the all the disease of mankind without dying or it affect him).

Attack Potency: Wall level (He is capable of kicking rocks with this amount of force)

Speed: Superhuman (He is capable of moving at this speed)

Durability: Wall level (It should be the same as his attack potency)

Stamina: High (he can traverse hell in a matter of a few hours)

Weaknesses: Demon Girls (He never once in the entire series attacks one of them)