The One (Ichiban Ushiro no Daimaou) 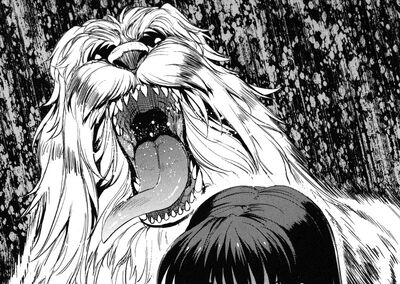 The One is the final antagonist of Ichiban Ushiro no Daimaou. He's a member of CIMO 8, an alien who possess a dog to trick people into using the Formless Power in his name so his race can be freed from the universe and reach the Afterlife, but to achieve this, humanity must be destroyed on its place.

Attack Potency: Building level (Fought Lily Shiraishi), Universe level+ with the Formless Power (One of the Merlai Elders, who had analyzed and researched the Formless Power for centuries, has stated the Formless Power is far above that of the magic system of The Computer Gods and black magic combined, being able to replace them as the new magic, and may be used as an infinite source of power; its power is said to be equal to that of Awakened Demon Kings, such as Act 12 Akuto Sai, who are able to kill the Computer Gods)

Speed: Subsonic combat speed (Kept up with Lily) with Supersonic reactions (His reactions are faster than sound)

Range: Standard melee range, Interplanetary with the Formless Power (Can bring a meteor from beyond Pluto)

Intelligence: The One has shown himself to be much smarter than Kento Kurahashi, easily outsmarting him and creating plans with such complexity Kento is unable to grasp them.