All Fiction Battles Wiki
Register
Don't have an account?
Sign In
Advertisement
in: Tier 10, Tier 9, Weapon Masters,
and 10 more 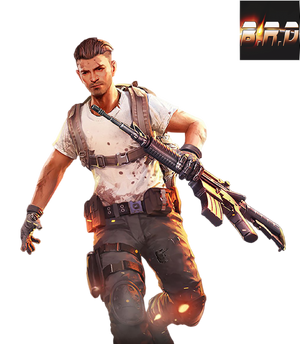 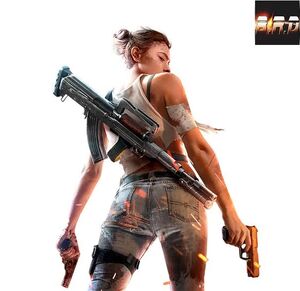 The Player is a character in the mobile battle royale game Free Fire, there he fights rounds of games to be the best and have higher ranks

Tier: 10-B, higher with vestiments and weapons, 9-C with guns, 9-B with explosives

Name: Varies depending on the player choice

Gender: Varies depending on the player choice

Attack Potency: Human level, higher with vestiments and weapons, Street level with guns (can one shot other players), Wall level with explosives (can destroy wall with ease)

Lifting Strength: Superhuman (can carry loads of weapons and ammunition with ease), higher with vestiments

Stamina: High (can run meters non-stop and not even break a sweat)

Standard Equipment: Lots of guns and weapons, to see all click here

Intelligence: Gifted (can use a variety of guns and explosives like a professional)

Weaknesses: too much damage can break his vestiments