Tokita Ohma is the main protagonist of Kengan Asura. Having grown up in the lawless territory known as The Inside, the young Ohma was found and adopted by Tokita Niko, who taught him his style of martial arts; the Niko Style.

Later in his life, Ohma leaves The Inside to seek powerful opponents. In this quest, he eventually joins the Kengan Association as a fighter for the Nogi Group, and later, Yamashita Trading Co. with his friend and manager Yamashita Kazuo.

Superhuman Physical Characteristics, Information Analysis (He analyzed the "new sound" of Medicine Man's tooth bullets and created an imaginary image of the ring and the attack trajectory, by observing he can create exact copies of the fighters to train in a mental space where they they can use all the techniques seen and known to Ohma to deal with it), Martial Arts (Type 4), Damage Reduction (Able to drastically reduce damage with Indestructible), Enhanced Senses (Has an extremely keen sense of hearing and smell, able to hear the slightest sound in the screaming crowd), Precognition (Type 1; Capable of using Flowing Edge, which relies on analyzing and predicting the trajectory of attacks to deflect them), Body Control (With Adamantine Kata and dramatically increase or decrease heart rate at will with Advance), Fear Manipulation (With the mere presence of him, he made two assailants cry and urinate, feeling that they were looking death in the face), Instinctive Reaction (Through image training and memory learning during sleep, Ohma's brain has developed the ability to "act without thinking" from experiences gained from having fought more than 40,000 imaginary battles in his mind), Berserk Mode (With Advance), Extrasensory Perception (Because he was born on the inside, he developed an ability to detect any change in the environment), Statistics Amplification (It can release endorphins that help you recover and raise your stats to a similar level as when you were undamaged), Afterimage Creation (He is able to use Fire Kata, mainly flashfire), Chi Manipulation (With Redirection Kata, you can control the energy flow, momentum and strength of the opponent and yourself) Resistance to Precognition (Type 1; Swimming Swallow is stated to be unpredictable due to its ever changing trajectory. Trained by Tokita Niko to change his rhythm so they aren't predictable)

Same as before plus, Pressure Points (With Iron Fingers you can directly attack the vital points of your opponents), Biological Manipulation, Paralysis Inducement, Statistics Reduction, Perception Manipulation and Memory Manipulation (With Chi Blockage, you can paralyze others, drastically weaken them, as well as suppress your autonomic nervous system, unconsciously manipulating bodily functions such as memory, heart rate, and even neurological conditions to change a target's perception of time), Attack Reflection (With Demonsbane can channel the energy of his opponent's attack and immediately send it back to the enemy in a counter instant, adding his own strength on top), IIlusion Creation (It can give the illusion that your body of water)

Attack Potency: Large Building level normally (Should be comparable to Saw Paing and other fighters and Capable of violently fragmenting boulders using Ironbreaker.), Town level with Advance (Able to fight toe to toe with Removal Raian) | Town level (His demosbane caused this destruction), Town level with Advance, Varies with Demonsbane (The Demonsbane combines the strength of the opponent with the user's own and sends it back at the opponent)

Stamina: Very High (Able to continue fighting in the tournament despite high damage taken from previous fights and the advance)

Intelligence: Genius in martial arts and combat tactics. Outperformed Imai Cosmo in grappling, in which Cosmo is considered a genius. Managed to perform on a similar level of tactics as Kuroki Gensai, who outwitted and outplayed the combat genius Kanoh Agito. Can be considered as one of the most skilled fighters in the world comparable to legendary assassins like Kure, Inaba, Gerkha and Raishin style users, and the world's best public fighters such as MMA specialist Okubo Naoya, and the Thai God of War, Gaolang Wongsawat. 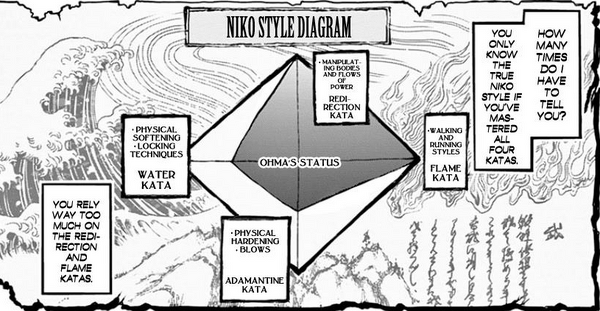 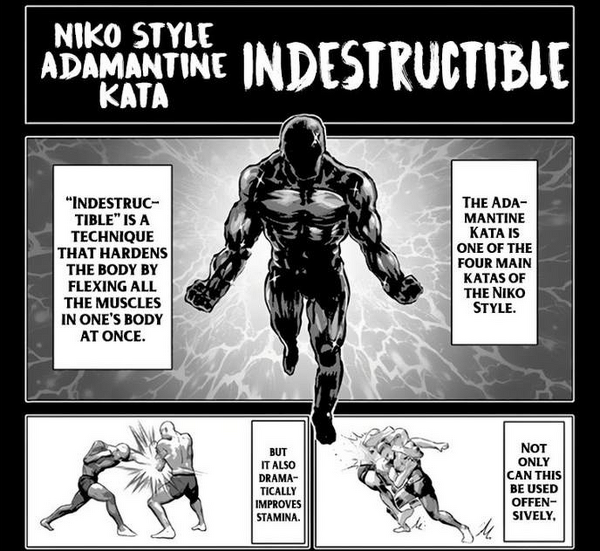 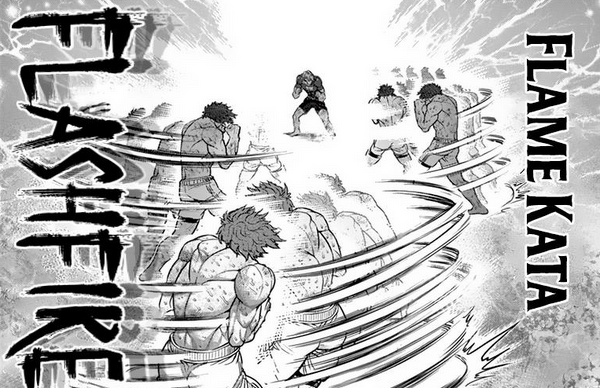 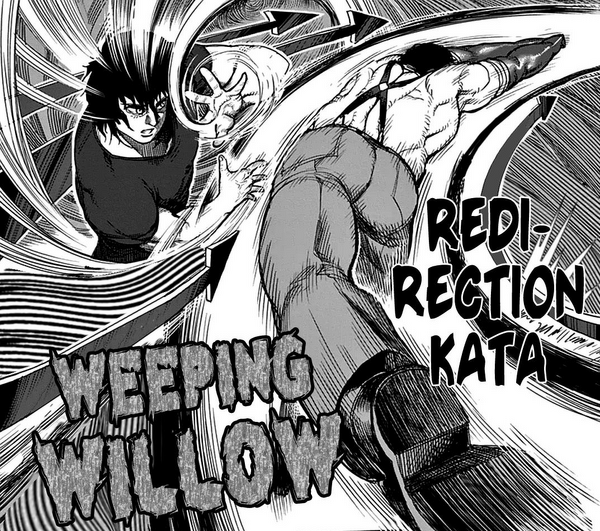 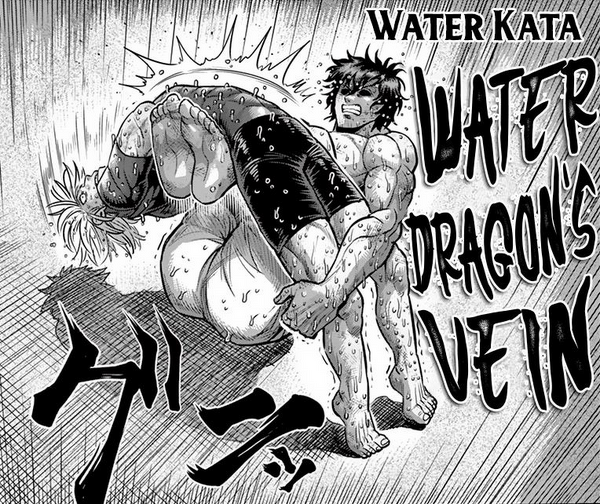 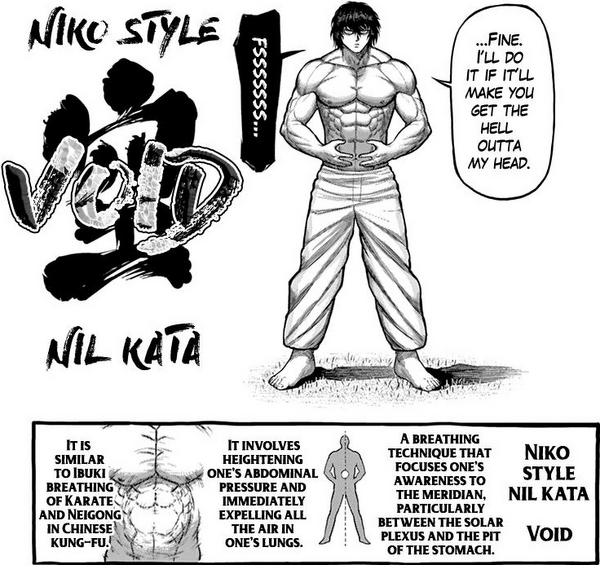 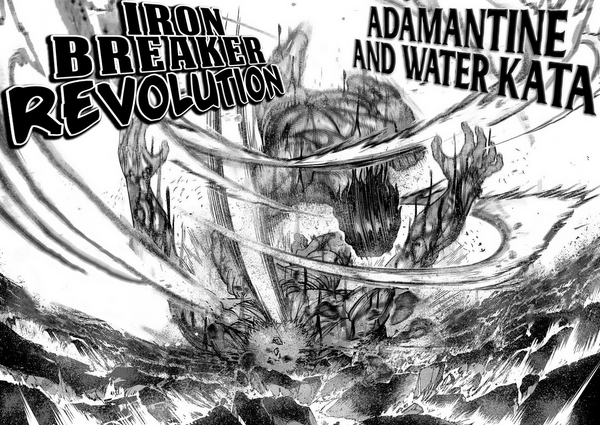 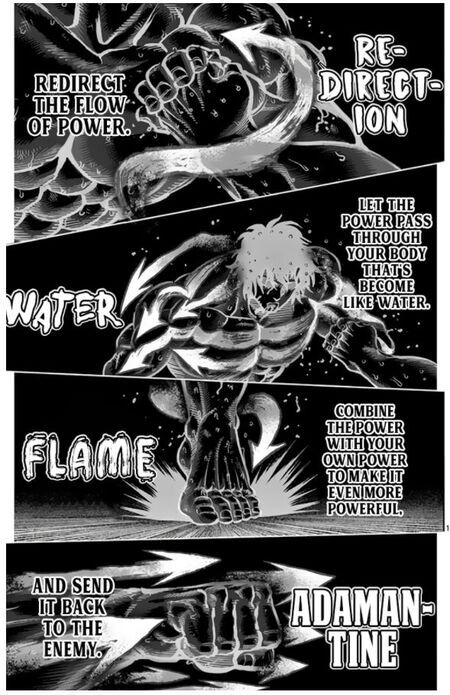 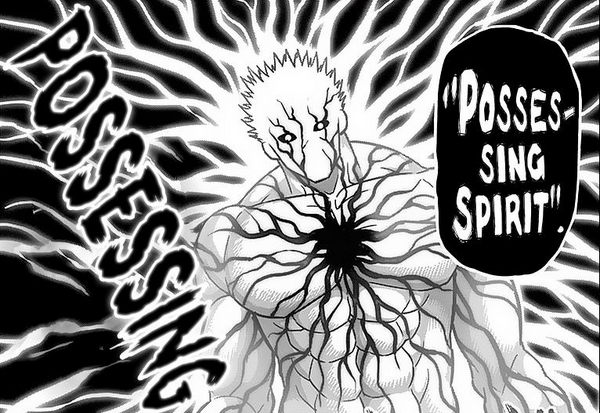