All Fiction Battles Wiki
Register
Don't have an account?
Sign In
Advertisement
in: Phantom Seer, Characters, Manga Characters,
and 17 more 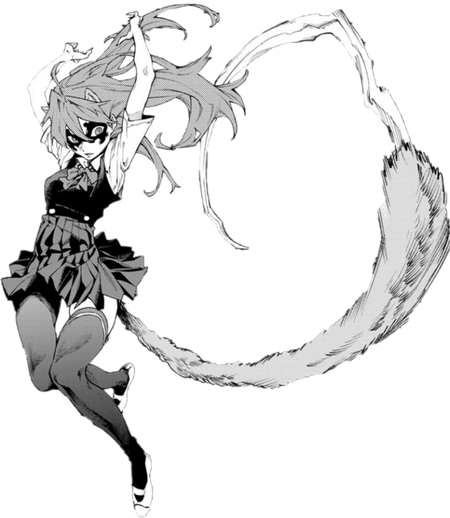 Tsumuji Komachi is a classmate of Iori Katanagi and Riku Aibetsu.

Powers and Abilities: Superhuman Physical Characteristics, Transformation, Spiritual Awareness (Tsumuji can see phantoms who're normally invisible beings), Natural Weaponry (As a hybrid she has the body parts of a phantom), Acrobatics (She is capable of doing many flips) | All previous abilities, Large Size (Type 0), Air Manipulation (She's capable of creating gusts of wind to launch her hair), Hair Manipulation, Vibration Manipulation and Body Control (She can harden her hair and when her hair hits it target it'll begin to vibrate continually cutting)

Speed: Subsonic (She is capable of keeping up with Iori and her attack was almost too fast for Iori to see) | Subsonic (She was able to land multiple hits on Iori whiteout his noticing)