All Fiction Battles Wiki
Register
Don't have an account?
Sign In
Advertisement
in: Verses, Manga, Twin Star Exorcists,
and 2 more

Rokuro is from a family of exorcists, but he’d rather be a singer, a soccer player or anything but an exorcist! He’s forced to own up to his own incredible potential when new arrival Benio stirs his competitive spirit. But their rivalry gets a twist when they earn the prestigious title of “Twin Star Exorcists”— two supreme fighters fated to marry and birth the ultimate spiritual warrior!

After the timeskip the verses AP raised up to Town level, Large Town level then they caps at Small City level with speeds starting Transonic up to High Hypersonic.

The 2 God Tier characters range from Planet level up to Star level.

All of the Kegare/Basara have Abstract Existence (Type 2), Immortality (Types 1, 2, 3), Curse Manipulation, Statistical Amplification, and Non-Corporal. 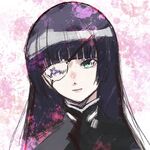 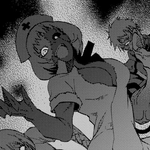