All Fiction Battles Wiki
Register
Don't have an account?
Sign In
Advertisement
in: Characters, Bleach, Male Characters,
and 47 more 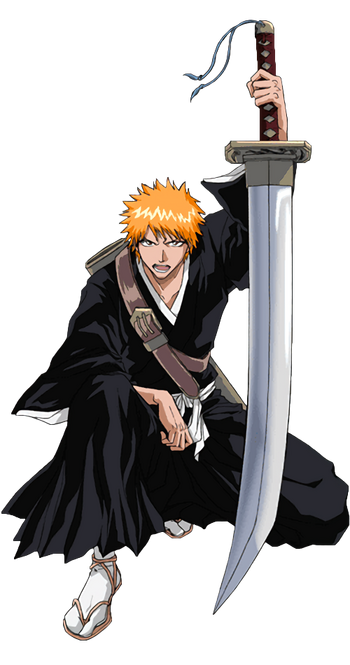 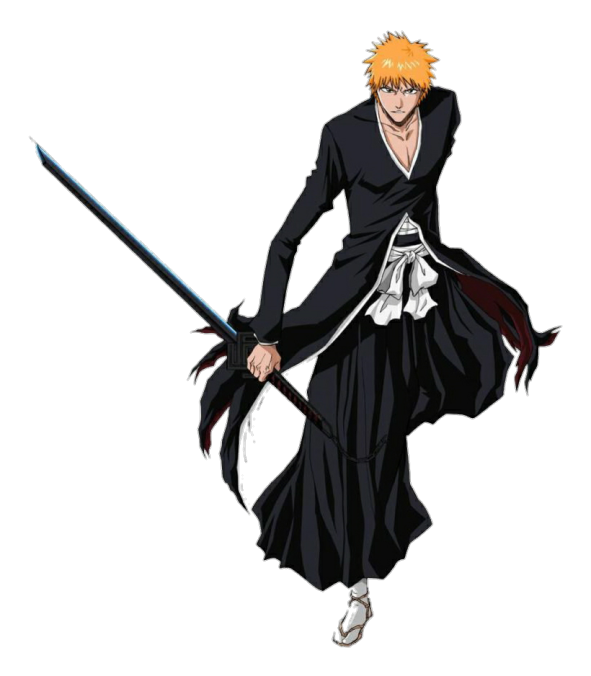 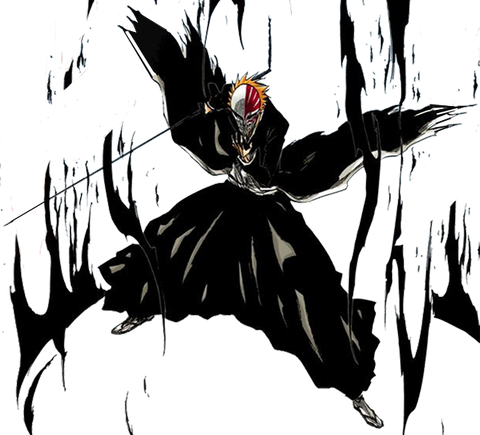 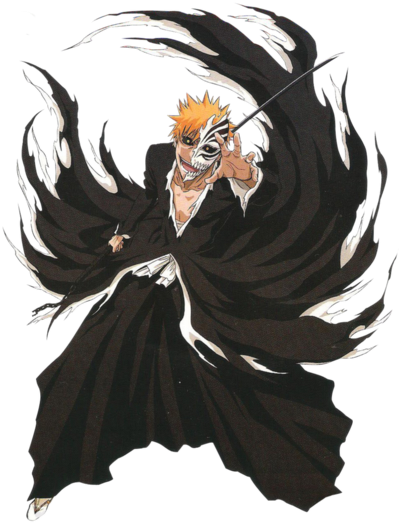 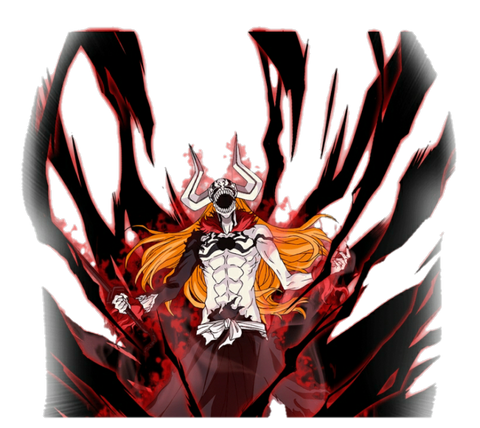 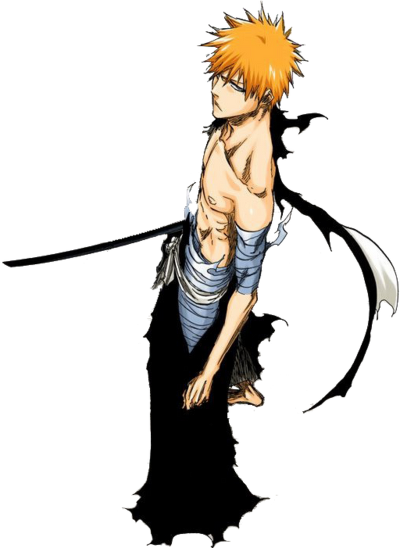 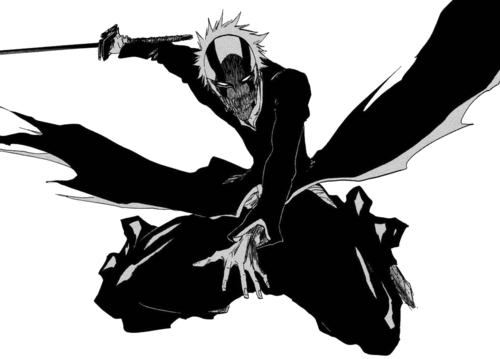 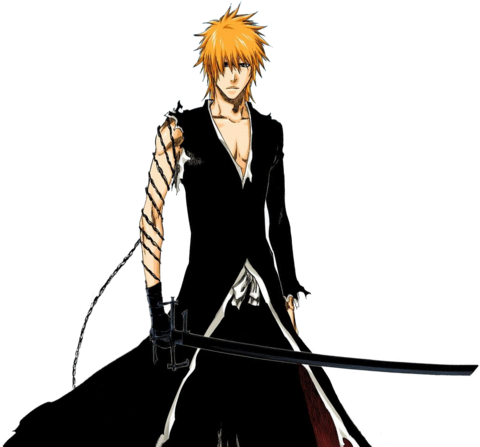 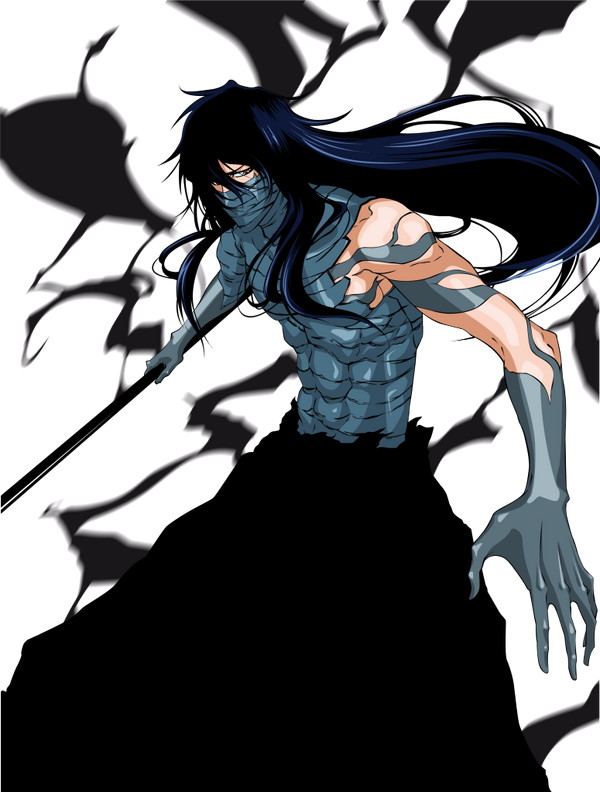 Ichigo Kurosaki (黒崎 一護, Kurosaki Ichigo) is the main protagonist in the Bleach manga series and its adaptations created by Tite Kubo. is the son of Masaki and Isshin Kurosaki, a Quincy with the powers of a Shinigami. Years after the death of his mother, Ichigo uses his innate spiritual awareness to help local ghosts, and unlocks his potential as a Shinigami when Rukia Kuchiki comes along in pursuit of a Hollow. Ichigo then protect and befriends Rukia and then has got her powers who then receives Soul Reaper powers and since then takes on the responsibility of patrolling Karakura Town or Soul Society for any hollow or other hostile spirits that threaten the peace.

Superhuman Physical Characteristics, Master Swordsman, Hand-to-Hand Combatant, Accelerated Development, Reactive Power Level (As noted by Grimmjow. Ichigo is able to evolved remarkably within a very short period of time and continued to grow even during battle), Pseudo-flight, Spiritual Awareness (Can see invisible spirits and objects), Extrasensory Perception (Can sense beings with Reiatsu), Longevity, Can take his reiryoku and exert it as reiatsu, Statistics Amplification (Can use Shunpo to boost his speed), Afterimage Creation, Dimensional Travel (With Senkaimon), Transformation (Can transform into a hollow), Energy Projection, Multiple Personalities (Ichigo and Zangetsu are both seperate entities that behave completely different from one another), BFR (Shinigami can transfer the souls of the dead to either Soul Society or Hell depending on the deeds they've committed when they were alive with their Zanpakuto), Soul Manipulation (Shinigami can directly damage souls with their Zanpakutō), Purification (Type 2, The Zanpakutō cleanses a Hollow’s soul of it sins and purifies it so it may enter the Soul Society) Invisibility, Non-Physical Interaction (Can harm and interact with intangible spirits and objects), Overwhelming Aura (Spiritual pressure can passively induce ailments ranging from paralysis to disintegration), Resistance to Possession, Soul Manipulation, Extrasensory Perception (As a transcendent being he cannot be sensed by inferior opponents unless he allows it), Memory Manipulation (After Senna wiped everyone's memories Ichigo was the only one to retain his memories of her and even certain events such as him visiting The Valley of Screams before), Space-Time Manipulation and Gravity Manipulation (Capable of withstanding the effects of Sosuke Aizen’s Kurohitsugi with full incantation which is stated to be able to warp space and time)

When possessed by Zangetsu, Ichigo has, in addition to the above, Immortality (Type 3 and 4), Possibly Self-Sustenance (Type 1), Regeneration (Low-Mid; regenerated a hole in his chest) and Resurrection (Zangetsu's possession can resurrect Ichigo, healing his wounds), Berserk Mode, Body Control (Can grow extra appendages like arms or even spawn creatures from his body), Limited Telekinesis (With his ability "Chain" he can summon Zangetsu back to his hand if it's elsewhere), Instinctive Reaction (Zangetsu can save Ichigo from fatal wounds by deploying his mask at the targeted area), Resistance to Extrasensory Perception when using Sonído (Using Sonído allows the user to bypass Extrasensory Perception)

Stamina: Extremely high. Ichigo is very stubborn who won't give up on fighting even when seriously injured and near-death, at one point fighting against Zangetsu within the Dangai for 3 months

Standard Equipment: His Zanpakutō, Zangetsu, and his Substitute Shinigami Badge

Intelligence: Though he may be brash and headstrong, Ichigo is deceptively intelligent, remaining among the top students in his class even when juggling his studies with his work as a Substitute Shinigami. He takes to combat well, even if he isn't the calmest person or one for long-term planning, fighting skillfully against opponents with much more experience

Weaknesses: Ichigo is brash and can rush into fights without thinking, and he can also be too merciful or have his powers limited by his lack of fighting spirit. He can only use his Hollow Mask for so long, originally for four to eleven seconds. Using Mugetsu will strip him of all his Shinigami powers and cause him to fall unconscious for a month

Shunpo: An application of Hohō used by Shinigami, allowing for high-speed movement, much faster than the eye can follow, used in combat and travel, typically in short bursts. The skill can be summarized as taking the least amount of steps to reach point B from point A. While he makes skillful use of Shunpo, Ichigo is not particularly well-versed in the specifics of the technique and his use of it is fairly straightforward.

Zangetsu: Ichigo's Zanpakutō, which in its original, unreleased state, took the form of a very oversized katana, thanks to his immense but poorly-controlled spiritual power. Because of this, the sword itself was rather weak at this point, and it is more a manifestation of Rukia's deprived spiritual energy than Ichigo's. Once he learns its name, Ichigo's Zanpakutō stays in a constant released state due to his immense power.

Shikai: After first being released, Zangetsu appeared as a massive, knife-like blade with no formal hilt, only a cloth-wrapped tang. In this form, Zangetsu is about as tall as Ichigo, and he can wield it by the cloth to swing and throw it opponents like a flail, though he rarely does this. When he reclaims his Shinigami powers and combines them with his Fullbring abilities, Zangetsu's appearance shifts, giving it a more proper hilt and a length of chain at the bottom.

Bankai - Tensa Zangetsu: Activated by pointing his Zanpakutō outwards and allowing its cloth to wrap around his arm, Ichigo's Tensa Zangetsu is very out of the ordinary for a Bankai. It shrinks Ichigo's normally massive sword down to a daitō, a long sword, with a black blade, focusing and compressing all of its power for use in hyper-speed combat. The appearance of his Bankai shifts after his training in the Dangai, covering his right hand with a black glove and wrapping its chain all around his arm.

Saigo no Getsuga Tenshō: The ultimate technique of Ichigo's Pseudo Bankai, in which he becomes one with Getsuga itself. Its name, the Final Getsuga Tenshō reflects its cost - after using it, Ichigo will lose all of his Shinigami powers. While the ability is active, Ichigo's hair turns black and grows to waist-length, while his body is wrapped in blue-grey bandages.

Hollowification: Thanks to White, Ichigo was born with the powers of a Hollow, which he can channel in the form of a skull-like Hollow mask to greatly increase his capabilities. Originally, he could not control this transformation and would subconsciously produce the mask to shield himself from attacks. As well he would be possessed by his inner Hollow if he fell unconscious, but after his training with the Visored, he gained more control over the transformation. Still, in particularly dire circumstances, his inner Hollow may take control, and Ichigo may enter a form where he loses all sense of reason.

Hollow Mask: The Hollow mask was originally a sign of Ichigo's possession by his inner Hollow, but after his training with the Visored, it merely indicates he is utilizing his Hollow powers. To access his inner Hollow's power, Ichigo must summon the mask onto his face. He normally does this by placing one of his hands over his face and concentrating spiritual matter on it to manifest the mask (previously, it had appeared on its own before he mastered the Hollow within him), summoning the mask in a "ripping" fashion. With the mask in place, Ichigo's eyes irises become yellow, and he has black sclera and pupils. His voice has a slight Hollow echo to it. With the mask, he gains access to increased physical enhancements. This helps in combat in several ways, most noticeably being that it makes it easier for him to fight through severe injuries.

Full Hollow Form: When Zangetsu takes full possession of Ichigo's body, the body undergoes a full transformation into a Hollow creature. His mask resembles a Human skull, complete with a jaw joint and rounded forehead, and has dark red stripes on the left side. Unlike normal Hollows, this form used an actual weapon, using Ichigo's Zanpakutō. Ichigo later has his body taken over by Zangetsu once again. This time, the full transformation is very physically different in appearance and far more powerful than the previous one. In this form, Ichigo has long straight hair, reaching down to his waist, and a Hollow hole, smaller than his previous one, decorated with markings stretching from the hole across his chest and shoulders. In this new form, he has a different Hollow mask. It covers Ichigo's entire head, and its markings are different, for it has four spike-shaped marks, two of them stopping by the forehead and the other two stretching past the eyes and teeth, going past his chin and joining with the marks on his chest. The mask features two long forward-pointing horns, with black strips extending from their center towards the tips. 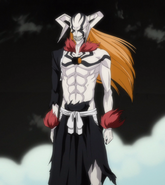