Seekers Into The Mystery Explanation: My PhD thesis in Hinduism 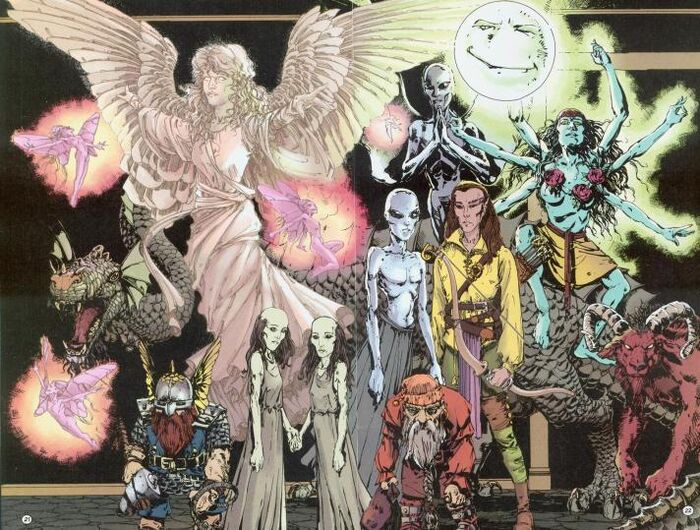 Gather around, children. Today, papa will try to explain a series, that's not well known by many individuals; that being 'Seekers Into The Mystery'. At first, I was reluctant to whether scale this or not, as I felt like this is one of those series' where it shouldn't be scaled and be completely isolated from the back of my brain, but my body responded otherwise, so here we go.

Initially, I thought this graphic comic would be boring or somewhat unenjoyable, which... I was right :P (no, I'm just kidding). Personally, the series first started as not as entertaining as it would be later on. But regardless, It still left an impression within me as I continue to read half-way through. While despite the series' ending being rushed due to certain problems, the execution was, but not the best to say the least. So enough with my experience, and let's get this started.

This blog would attempt to analyze and explain the cosmological structure of the series, so that a suitable tier can be given. It should be noted that I will be posting both scans and quotes from the series, instead of limiting it only to scans; as the comic's speech bubble format is quite hard for the readers to read.

The structure of SITM can be interpreted in two ways; Simplistically or Complexity, depending on your knowledge on what the series is actually based on. However, regardless on what interpretation one can construct, the composition would be the same.

The first implications of the cosmology was first explained in Issue #9, where a young Lucas Heart was not only mesmerized by the concept of movies but, more so, The Projectionist too. It is explicitly explained that without The Projectionist, the movie cannot be played at all.

Now this seems peripherally random and nothing less, admittedly. But we need to keep this in mind, as it is actually very crucial later on.

Maya: The Weaver of Dream

In Hindu Philosophy, there exist a term; Advaita, which literally translates to non-duality. It refers to the idea that Brahman alone, pure consciousness, is ultimately real, while the transient phenomenal world is an illusory appearance of Brahman. This 'illusory appearance' is called Maya. What this essentially means is that Maya is the powerful force that creates the cosmic illusion that the phenomenal world is real.

The true meaning of Maya in Sanskrit is illusion or delusion. Advaita Vedanta uses this term to bring forth a point that what we feel as real is not the complete reality. This does not mean that all of us live a life of illusion ― we actually see it, we really live in it. "The world has no existence" really means "The world has no existence-absolute". It only exists relative to our minds. It is perceived by us, by our five senses. That is what is meant by the "no existence" clause. It is a mix of existence and non-existence. This is Maya. It is the projection or manifestation of the Infinite through our finite minds.

Correspondingly, Maya in Seekers has the congruent account as the one in Hinduism, in addition to how SITM is structured; Reality is a dream, specifically, everything in "reality" is simply nothing but a dream. 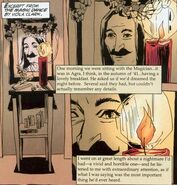 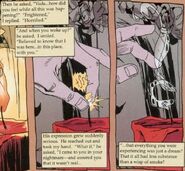 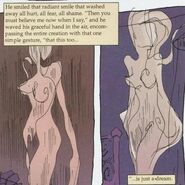 In essence, that dream is Maya. She is essentially "the movie", in which what we is know is reality, while God is the projectionist. This exact analogy and metaphor is used in the story and is explained as well, if you go through at the beginning of the cosmology section of this blog. What this essentially means is that Maya is the movie projected by god when he dreamed all creation in the depths of his divine imagination.

Additionally, Maya give substance to the earth, the sky and to humans. If God is the light, then Maya is his shadow. To simply put, while Maya is the illusion, God is the ultimate Reality, the true reality beyond Maya. This pretty much elucidate the qualitative difference between the two.

To further clarify, Maya in Seekers doesn't only represent Maya in Hinduism, however she is explicitly stated to be the same as the one in Hinduism, she's also known by different names from all spiritual paths; as she exist in many forms.

What this essentially means is that Maya is more of a "composite" being, rather than being Maya from Hinduism alone.

It is further explained, that Maya wants human to stay in her, the false reality, rather than to merge with God, to preserve her existence. Because if there was no one to experience her, she wouldn't exist.

Maya further shows that nothing is beyond her, as a human free of Maya is "absorbed" into God and is no longer an individual. This also means God is essentially beyond her. 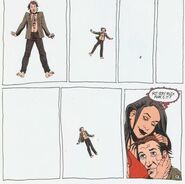 It is explained that God uses Maya so that everyone can find him and his love through its expression, which exist inside Maya. It also further clarified that Maya is simply a dream of God and is a part of him

There isn't exactly a hierarchy mentioned in-series, but there's implied to be one.

It is further reiterated with another definition such as it being called levels of existence.

Dreams aren't merely simple "dreams", higher dreams can replace what is reality and become more real to it, and there would be another higher dream above it, as shown here; Dreams was able to replace reality, when it was only being viewed as fiction, and afterwards another one can ascend to another higher dream if allowed by God 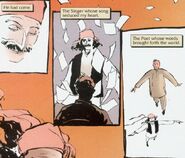 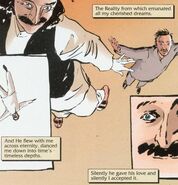 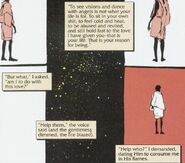 This should explicate and elucidate the fact that the difference between the dreams are qualitatively superior. These dreams are, of course, still part of Maya. As she represent all things in creation. The size of Dreams aren't really specified or stated, however it can contain uncountable universes. This should scale to all other dreams, as there's no invalidations nor statements against it, there's actually more supporting it than against it.

Beyond these layers of dreams, or to be exact; beyond Maya, would be the the True Reality; God. God is the being that emanated these dreams.

This is further supported the fact that stripping the layers of dreams would result of being absorbed into God's existence.

God, The Magician, if you've been reading thoroughly in my blog you would know him as someone beyond all things I've mentioned, which is correct. God is essentially Brahman; an infinite, formless and limitless oneness; while Maya represents the same Maya as the one in Hinduism, but isn't limited to such being alone. God is the ultimate reality; the true reality beyond Maya, while Maya; the reality that which we know, the reality we live in; is an illusory appearance of the true reality - God. Maya is merely a dream, a false reality dreamed by God. Maya is essentially "the movie" that is what we know as reality, while God is the projectionist.

Furthermore, In a literal sense; everything in creation was essentially part of him, part of his will and expression. This is stated and implied multiple times.

According to the word of god, J.M. DeMatteis, God represents the Primal Ocean, the sea of nothingness, as a part of himself.

The Primal Ocean, also referred as Absolute Nothingness, was first introduced in Issue #9; where Lucas Hart, along with certain characters, was going into a journey to the core of creation.

So, in essence, It is simply the core of creation—the sea of nothing from which everything sprang forth.

From this Primal Ocean, a silent explosion of light that spread wide; described as infinity without measure; An ocean composed of love. Consequently, God shaped and formed himself from this sea of light, this ocean of love. 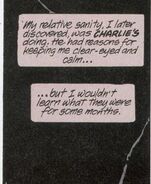 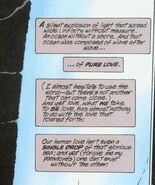 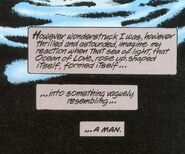 Subsequently, from his breath, God created the concept of duality; Darkness and Light, Pleasure and Pain, Worlds and Sun, Space and Time, Birth and Death, Infinite and Limitations. God proceeds to create new life from his tears, evolving from stone to vegetables, fish to bird to animal to human. 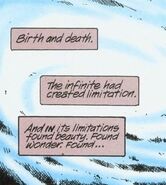 Additionally, not only did god created duality, he had also given shapes to universes from his breath and blood, he had mold his flesh into worlds and time.

This essentially means that God pretty much scale to the entire Primal Ocean, and this is further supported later in the series, as where it was stated that the Primal Void is a realm of formlessness, limitless oneness; where all that exist is God. 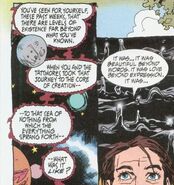