All Fiction Battles Wiki
Register
Don't have an account?
Sign In
Advertisement
in: Vivziepopverse, Verses, Internet,
and 2 more 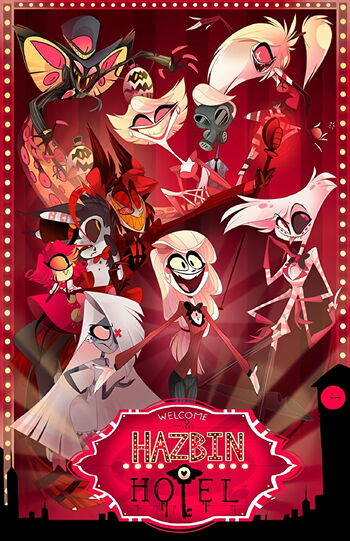 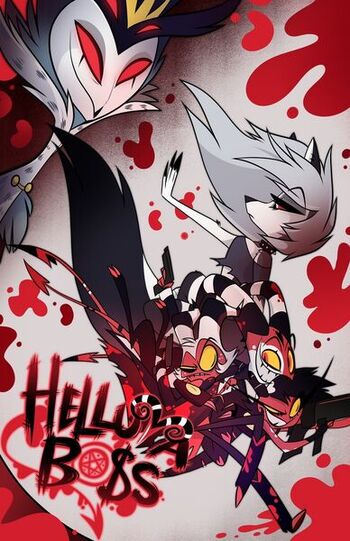 Hazbin Hotel: The series focuses on Charlie, the princess of Hell, and her quest to open a hotel for rehabilitating demons. Hell suffers from overpopulation and Heaven solves the problem by routinely exterminating demons yearly. Charlie, who has grown up in Hell, wants to find an alternate solution to the mass slaughter. She opens the Happy Hotel which aims at teaching demons and sinners to become better people. There is substantial resistance though, and Charlie and her friends must work together to keep the hotel running.

Helluva Boss: In Hell, imps are the lowest of the low in society, but what happens when one starts an assassin business? This happens! Follow Blitzo (the 'o' is silent) as he attempts to run a startup killing company in a very competitive market, along with his weapons specialist Moxxie, his powerhouse Millie, and his receptionist hellhound Loona. With the help of an ancient book obtained by one of the princes of Hell, Stolas, they manage to make their work possible and together they attempt to survive each other while trying to keep their business afloat.

All demons have Immortality (Types 2, 3 and 5), Regeneration, Shapeshifting and Natural Weaponry.

The verse also has some other powers/abilities such as Flight, Toon Force, Broadway Force, Dimensional Travel, BFR, Portal Creation, Creation and etc.

For more information on the verse use this https://hazbinhotel.fandom.com/wiki/Hazbin_Hotel

For the web comics use this https://www.hazbinhotel.com/