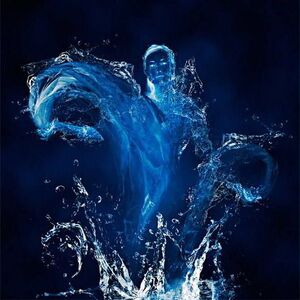 The ability to control water. User can make, shape and control water, inorganic compound with fluid, gas (steam, water vapour), and strong (ice) states, including transforming them from one state to other.

one of the four classical elements in both eastern and western philosophy. One of the more common abilities in fiction, this ability varies wildly from series to series. Due to the nature of this ability, specific mastery of this ability should preferably be stated on the user's profile.