All Fiction Battles Wiki
Register
Don't have an account?
Sign In
Advertisement
in: Characters, Male Characters, Anime Characters,
and 30 more 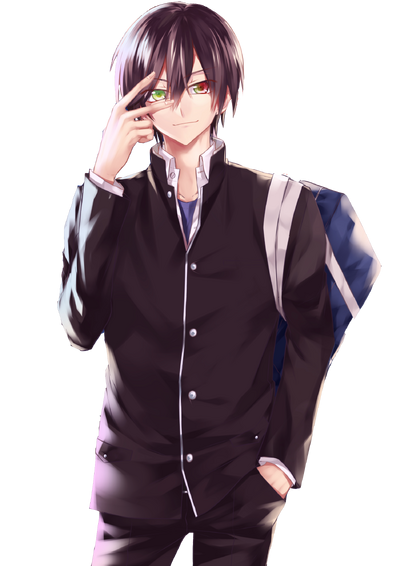 Yū Otosaka (乙坂 有宇, Otosaka Yū) is the main protagonist of the story and a freshman transfer student at Hoshinoumi Academy. He has the ability to temporarily possess a person for 5 seconds. However, it is later revealed that his actual ability is to steal the abilities of the user of the ability he possesses. Towards the end of the series, he becomes known (and feared) as the "The One-Eyed Grim Reaper"

Superhuman Durability, Possession and Power Looting (Can possess its target for 5 seconds and an steal abilities from someone else, Although the latter only works with people who possess the skills)

All previous, enhanced Superhuman Durability and Speed, Pulverization, Permeation, Thoughtography/Projected Thermography, Telekinesis, Flight/Levitation, Time Rewind (Can go back to a certain moment, he could time leap and change the past), Time Travel, Collapse/Earthquake Generation (Limited to making things like buildings and others collapse while he is inside of them), Telepathy, Imperfect Invisibility (via Nao's powers), Fast Movement, Channeling/Spiritism (Can use his body as a medium), Pyrokinesis/Fire Manipulation, Pain Tolerance, Telepathy, Power Detection (Via Locating), Freezing and Ice Manipulation, Disease Manipulation (Mostly acceleration of present and weak diseases), Barrier/Forcefield Generation (Could block a lot bullets and a RPG without a scratch), Healing and Regeneration (At least Low, likely Mid-Low. The original user only healed small cuts, although Yū claimed he could heal his eye back), Explosion Manipulation, Electricity Manipulation, Disintegration, Transmutation, Teleportation, Precognition, Self-Sustenance (Type 3, He can be active without sleeping at all), Automatic Translation (Automatically translate any language), Enhanced Vision, Wind Shards/Razor Wind, Matter Manipulation, Resistance to Fear Manipulation (Gained a power that caused him to lack fear) and tens of thousands of other abilities/powers that are yet to be disclosed.

Durability: Wall level (Can take and resist hits from Nao, who can harm Jōjirō) | Wall level (Can survive the force of his own crashes), Small Building level with Barriers (Blocked a lot bullets and a RPG without a scratch)

Range: Several dozens of meters with various abilities, Varies, At least Tens of metters with Collapse, Planetary with Locating ability (Can locate all skill weilders around the world)

Intelligence: Above Average (Despite being academically poor, Yuu seems to be quite intelligent in the use of his abilities, having a good control of many of them, not all)

Weaknesses: He's so arrrogant and reckless. Possession lasts only 5 seconds and he has to remain unconscious for exactly 5 seconds when possessing someone, leaving him exposed. Unaware of his true power to loot abilities | Due to having looted so many abilities, Yuu has partially lost his sanity and most of his memories. Smug and sadistic like the Grim Reaper. Cannot rewind time due to his injured eye (although he stated that he could heal it at any time he wants).

He would lose his abilities at the age of 18. Some of his abilities have particular weaknesses (Possession/Knockout: Yuu has to remain unconscious for exactly 5 seconds when possessing someone, leaving him exposed; Time Leap: Will blind the user if used repeatedly; Collapse: Controlled by the user's negative emotions, such as fear, pain and/or rage; Imperfect Invisibility: Limited to one target at a time; Rapid Movement: Unable to control his own movements or even react properly; Diseases/Acceleration: User has to make physical contact; Location: limited to maps).

Yū has the ability to take over someone's body for approximately 5 seconds. He often uses this power to see honor students during their exams to memorize and steal their answers. While in use, his irises turn lime green and his pupils turn light teal. However, her body falls into unconsciousness while this ability is in use. Recently, it has also been discovered that he can use other abilities while controlling his bodies. However, the five-second limit is still in effect.

As of episode 10, it is revealed that Yū's true ability is "Plunder", which takes away someone's ability. It is not known if he can return abilities. He has the abilities of people he possessed in the past who also had special abilities. It is shown that he can now use telekinesis to move or push and pull light objects, although he is still not perfect. He might even use syntography and be able to float in the air, which is yet to be confirmed. He later uses time jumping to save Ayumi and successfully uses telekinesis to chase Konishi away.

Although he has the ability to time jump, his right eye was damaged in episode 11, so he can no longer time jump as the damage caused was permanent. However, he managed to get an ability that allows him to heal himself and others, which means he can heal his right eye if he wishes.