All Fiction Battles Wiki
Register
Don't have an account?
Sign In
Advertisement
in: Verses, Light Novel, Manga,
and 2 more 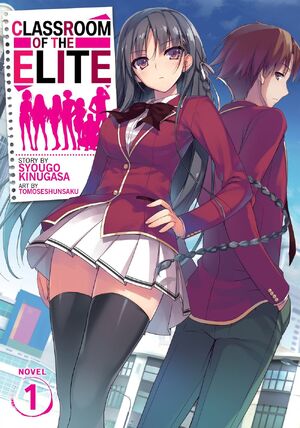 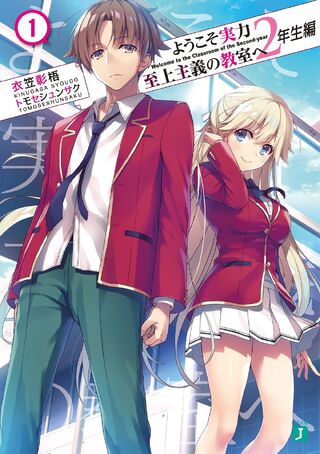 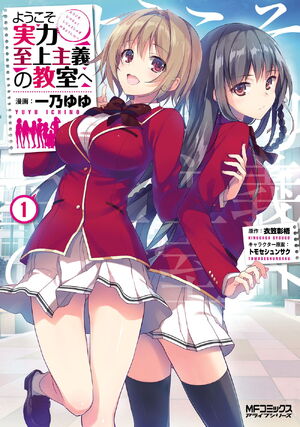 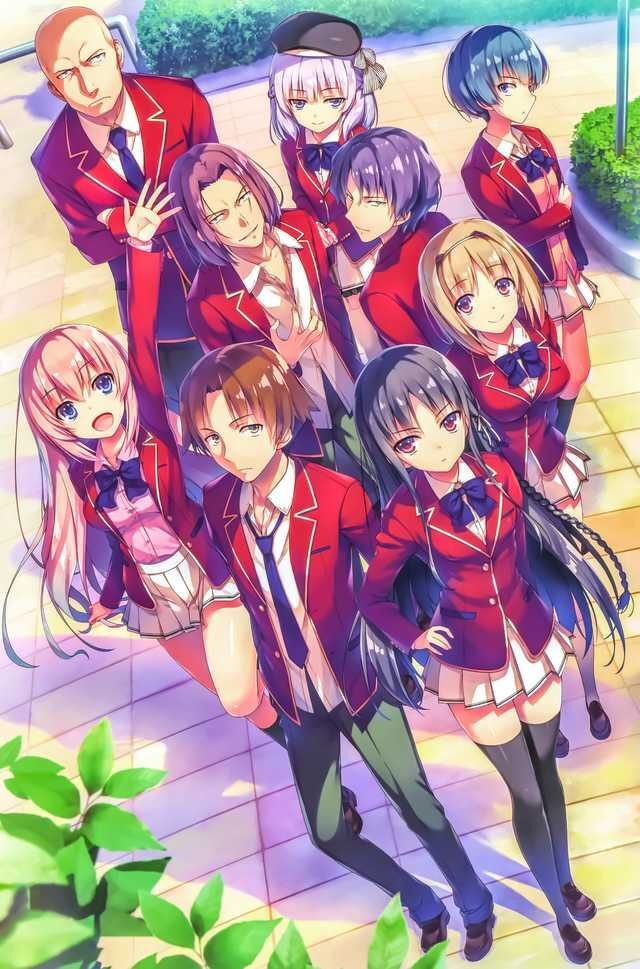 Youkoso Jitsuryoku Shijou Shugi no Kyoushitsu e (ようこそ実力至上主義の教室へ, lit. "Welcome to the Classroom of the Supreme Ability Doctrine") or YouJitsu is a light novel series written by Shōgo Kinugasa and illustrated by Shunsaku Tomose. The history follows Kiyotaka Ayanokōji, he is the main protagonist with a reserved, cold character and of few and certain words, he is a young man who does not pretend what he really is.

Kiyotaka Ayanokōji has enrolled at Advanced Nutrition High School, where 100% of the students are said to go on to college or find jobs. But through an oversight he ends up in Class 1-D, which is filled with all the school's problem children. Each month, the school awards students points with a cash value of 100,000 yen, and the classes employ a laissez-faire policy where students are allowed to have freedom in everything, but at the same time not being able to leave the High School. After one month students realize the harsh reality about the Point System and in the difference between the classes.

Ayanokouji is finally moving up to his second year of the Advanced Nurturing High School, after having safely evaded the last exam of the first year along with Tsukishiro’s schemes. The entry ceremony is soon held after the short spring vacation. The new first year students are finally arriving, as if to greet the coming of April. Standing neck to neck with the second years, the new first years have unique personalities full of ups and downs. What’s more— There is an enforcer from the White Room among them. Special exams against the other second years, the stepping stones to ascend to class A, dodging the tenacious Tsukishiro and the enforcer’s attacks while counterattacking, and their own human relationships. The first days of the second year of the Advanced Nurturing High School is finally about to begin! And they are not by any means ordinary—

The verse is not really strong, most of the characters are normal characters placed at Human Level although other than that, these characters can be Geniuses. The Top-Tiers of the verse are around Street Level with possible Superhuman speeds.

Ayanokoji is the strongest character of the verse and with the highest intelligence in the whole series so far, with Hōsen behind him. Ayanokōji hasn't taken anything seriously thus far and it has been stated by multiple characters that he is hiding his true talents 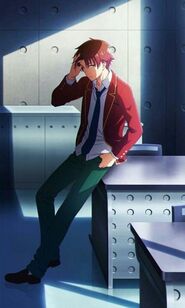 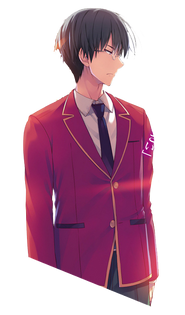 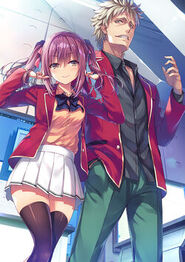