All Fiction Battles Wiki
Register
Don't have an account?
Sign In
Advertisement
in: Yuuna and the Haunted Hotspring, Verses, Manga,
and 2 more

Yuuna and the Haunted Hotspring 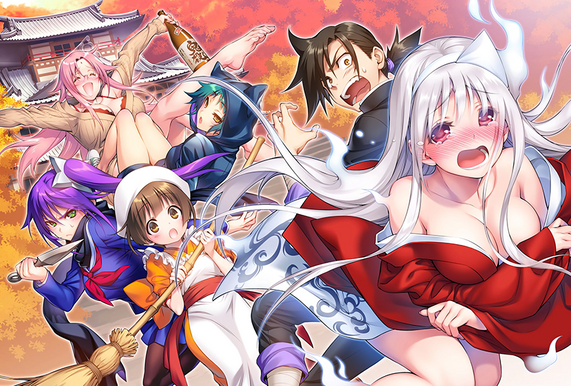 Once a hot springs inn, now a boarding house with extraordinarily cheap rent, Yuragi Inn is virtually uninhabited save for a few peculiar residents. As rumor has it, it is haunted by a vile ghost which scares away all potential tenants. Therefore, it is the perfect refuge for Fuyuzora Kogarashi, a broke and homeless high school student whose luck never shines due to being constantly possessed by ghosts and ridden by debt as a result. Kogarashi prepares for a face-off against the ghost, only to find out it is not as malicious as the rumors made it out to be. Instead, it is the ghost of a beautiful, silver-haired girl whose only recollection of her life before death is her name: Yuuna Yunohana. Even more baffling is that the other tenants of Yuragi Inn not only are able to see Yuuna as well, but each having their own supernatural ability. Amidst the chaos caused by his quirky fellow residents, Kogarashi attempts to uncover the regret that keeps Yuuna anchored to the world of the living, lest she becomes an evil spirit sentenced to spend her afterlife in hell.

The verse has a ranging amount of tiering for characters.

The Low Tier characters range from Building level up to Large Town level with Subsonic+ up to Hypersonic speeds.

All the characters in the verse by EoS have Enhanced Senses.

The strongest hax in the verse is Spiritual Armor which will passively nullify (Power Nullification) any technique or attack, but stronger versions are even able to reduce any spiritual damage (Damage Reduction) thrown at the wearer and they can also regenerate the Spiritual Armor making them invulnerable (Invulnerability) until they run out of spiritual power to keep the Spiritual Armor powered. Which's explained in more detail here Spiritual Armor.